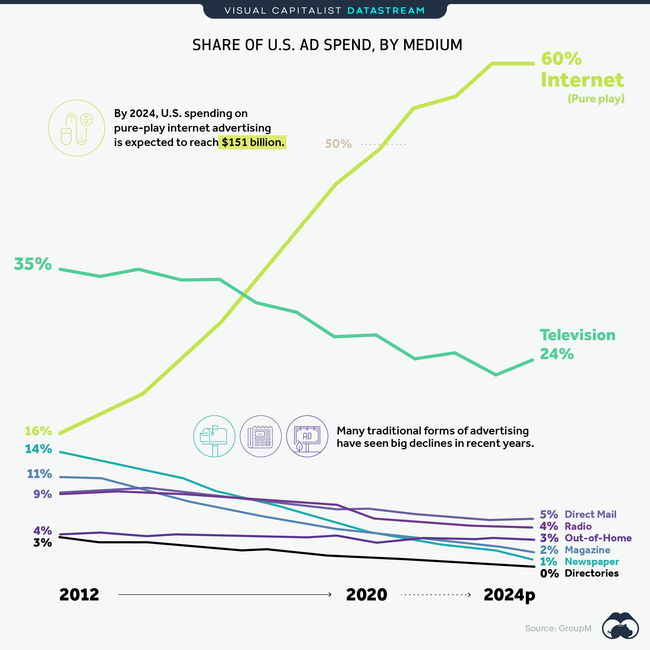 The Growth of Internet Ad Spend in America

Ad spend in the U.S. generates billions in revenue – in 2019, the top 10 marketers spent over $41 billion on various forms of advertising.

While the ad industry has taken a significant hit in 2020 because of COVID-19, Visual Capitalist’s Carmen Ang notes that it’s projected to see overall growth in 2021, and a majority of this growth is expected to come in the form of internet advertising.

Internet ads have surged in popularity over the last decade. Here’s a look at the total spend on pure-play internet ads since 2012:

While internet advertising has increased over the years, more traditional forms have nose-dived in percentage terms.

For instance, ad spend on directories reached $6 billion in 2012. By 2024, they’re projected to generate merely $68 million in revenue.

Like directories, newspaper and magazine spend have seen significant drops since 2012, with projected decreases on the horizon.

»To learn more, read our full article: How Total Spend by U.S. Advertisers Has Changed, Over 20 Years.