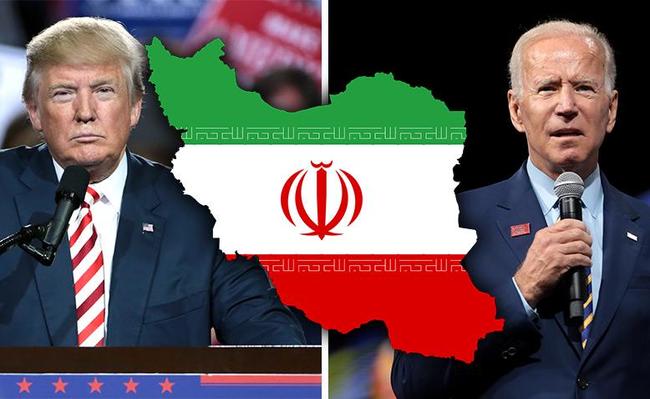 
It’s no secret that Iran is pinning hopes of its escaping the dire sanctions predicament that has put the Islamic Republic’s very economic survival in question on a Biden victory. Trump and Pompeo’s ‘maximum pressure’ campaign, which reached a peak when IRGC Quds Force general Qassem Soleimani was assassinated last January, also seems destined for eventual war should Trump cinch a second term.

Closely watching the vote count and related controversies play out from afar, Iranian Foreign Minister Javad Zarif doubled on down on prior statements expressing optimism of a Democratic victory in Washington.

“The statements by the Biden camp have been more promising, but we will have to wait and see. What counts is the behavior,” Zarif said earlier this week when asked which candidate seems more appealing.

Zarif admitted Trump’s sanctions has “brought Iran to its knees” yet without even the hint of producing regime change or coming anywhere close.

The FM explained that while Iran remains ready to rejoin the 2015 nuclear deal brokered under Obama, which the Biden campaign has strongly suggested reentering, Tehran will “under no circumstances” pursue a new nuclear deal no matter who is in the White House next.

“We can find a way to reengage, obviously. But reengagement does not mean renegotiation. It means the U.S. coming back to the negotiating table,” Zarif emphasized in the statements. He further denied recent DOJ and FBI claims that Iran is foremost among external actors seeking to meddle in the US election by hacking voter registration information.

Western pundits have recently highlighted that a Biden presidency would surely mark a “new beginning” in terms of resetting relations with Iran, which since the Trump administration withdrawal from the JCPOA in May 2018 have been on a war footing.

While it’s clear Biden has the greater political capital with Tehran given his serving under Obama at the time the nuclear deal was negotiated and cemented, it remains a big unknown whether Iran would come back to conformity to enrichment caps stipulated under its terms.