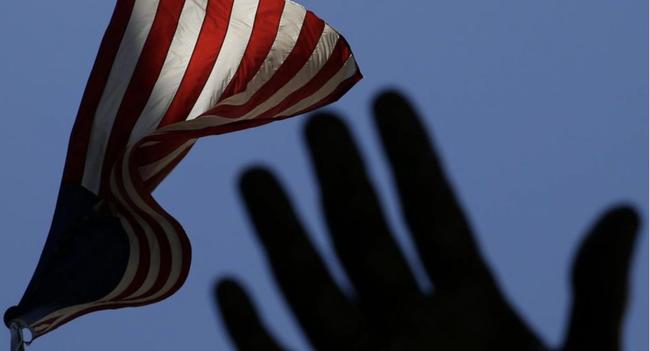 Whatever the geopolitical and geoeconomic consequences of the spectacular US dystopia, the Russia-China strategic partnership, in their own slightly different registers, have already voted on their path forward.

Here is how I framed what is at the heart of the Chinese 2021-2025 five-year plan approved at the plenum in Beijing last week.

And here is some especially pertinent context examining how rampant Sinophobia is impotent when faced with an extremely efficient made in China model of governance. This study shows how China’s complex history, culture, and civilizational axioms simply cannot fit into the Western, Christian hegemonic worldview.

The not so hidden “secret” of China’s 2021-2025 five-year plan – which the Global Times described as “economic self-reliance” – is to base the civilization-state’s increasing geopolitical clout on technological breakthroughs.

Crucially, China is on a “self-driven” path – depending on little to no foreign input. Even a clear – “pragmatic” – horizon has been set: 2035, halfway between now and 2049. By this time China should be on a par or even surpassing the US in geopolitical, geoeconomic and techno power.

That is the rationale behind the Chinese leadership actively studying the convergence of quantum physics and information sciences – which is regarded as the backbone of the Made in China push towards the Fourth Industrial Revolution.

The five-year plan makes it quite clear that the two key vectors are AI and robotics – where Chinese research is already quite advanced. Innovations in these fields will yield a matrix of applications in every area from transportation to medicine, not to mention weaponry.

Huawei is essential in this ongoing process, as it’s not a mere data behemoth, but a hardware provider, creating platforms and the physical infrastructure for a slew of companies to develop their own versions of smart cities, safe cities – or medicines.

Big Capital – from East and West – is very much in tune with where all of this is going, a process that also implicates the core hubs of the New Silk Roads. In tune with the 21st century “land of opportunity” script, Big Capital will increasingly move towards East Asia, China and these New Silk hubs.

This new geoeconomic matrix will mostly rely on spin offs of the Made in China 2025 strategy. A clear choice will be presented for most of the planet: “win win” or “zero sum”.

The failures of neoliberalism

After observing the mighty clash, enhanced by Covid-19, between the neoliberal paradigm and “socialism with Chinese characteristics”, the Global South is only beginning to draw the necessary conclusions.

No Western propaganda tsunami can favorably spin what is in effect a devastating, one-two, ideological collapse.

Neoliberalism’s abject failure in dealing with Covid-19 is manifestly evident all across the West.

The US election dystopia is now sealing the abject failure of Western liberal “democracy”: what kind of “choice” is offered by Trump-Biden?

This is happening just as the ultra-efficient, relentlessly demonized “Chinese Communist Party” rolls out the road map for the next five years. Washington cannot even plan what happens the day ahead.

Trump’s original drive, suggested by Henry Kissinger before the January 2017 inauguration, was to play – what else – Divide and Rule, seducing Russia against China.

This was absolute anathema for the Deep State and its Dem minions. Thus the subsequent, relentless demonization of Trump – with Russiagate topping the charts. And then Trump unilaterally chose to sanction and demonize China anyway.

Assuming a Dem victory, the scenario will veer towards Russia demonization on steroids even as hysterical Hybrid War on China will persist on all fronts – Uighurs, Tibet, Hong Kong, South China Sea, Taiwan.

Now compare all of the above with the Russian road map.

That was clearly stated in crucial interventions by Foreign Minister Sergey Lavrov and President Putin at the recent Valdai Club discussions.

Putin has made a key assertion on the role of Capital, stressing the necessity of “abandoning the practice of unrestrained and unlimited consumption – overconsumption – in favor of judicious and reasonable sufficiency, when you do not live just for today but also think about tomorrow.”

Putin once again stressed the importance of the role of the state: “The state is a necessary fixture, there is no way […] could do without state support.”

And, in concert with the endless Chinese experimentation, he added that in fact there are no economic rules set in stone: “No model is pure or rigid, neither the market economy nor the command economy today, but we simply have to determine the level of the state’s involvement in the economy. What do we use as a baseline for this decision? Expediency. We need to avoid using any templates, and so far, we have successfully avoided that.”

Pragmatic Putin defined how to regulate the role of the state as “a form of art”.

And he offered as an example, “keeping inflation up by a bit will make it easier for Russian consumers and companies to pay back their loans. It is economically healthier than the deflationary policies of western societies.”

As a direct consequence of Putin’s pragmatic policies – which include wide-ranging social programs and vast national projects – the West ignores that Russia may well be on the way to overtake Germany as the fifth largest economy in the world.

The bottom line is that combined, the Russia-China strategic partnership is offering, especially to the Global South, two radically different approaches to the standard Western neoliberal dogma. And that, for the whole US establishment, is anathema.

So whatever the result of the Trump-Biden “choice”, the clash between the Hegemon and the Top Two Sovereigns is only bound to become more incandescent.

Tether also confirms its throwing weight behind the post-Merge Ethereum