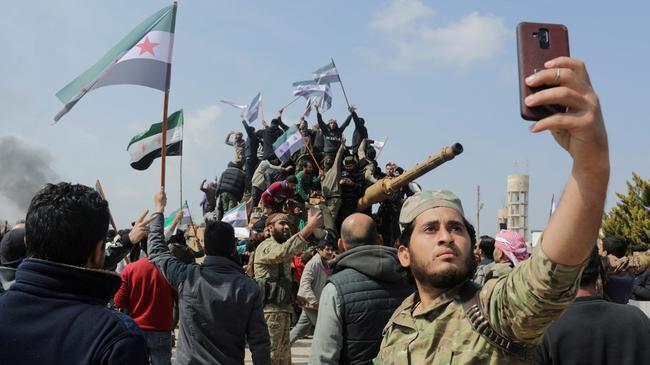 
It’s been an ‘open secret’ even making its way into mainstream media in the West that Turkey has been overseeing the transfer of hundreds or possibly thousands of foreign jihadists from occupied territories in northern Syria to the war in Nagorno-Karabakh, particularly from Idlib and nearby border areas.

In a rare direct rebuke of Erdogan’s Turkey, the Kremlin has blasted countries it says are sending mercenaries to the Caucasus. Russian Foreign Minister Sergey Lavrov in an interview with Russian newspaper Kommersant this week demanded outside countries stop fueling the conflict between Armenia and Azerbaijan by sending mercenaries.

“We have repeatedly called on external players to use their capabilities to prevent the transfer of mercenaries, whose number in the conflict zone, according to available data, is already approaching 2,000,” Lavrov said.

“In particular, the issue was raised by Russian President Vladimir Putin during a phone conversation with Turkish President [Recep Tayyip] Erdogan on 27 October and during regular conversations with leaders of Azerbaijan and Armenia,” he added, strongly suggesting Putin conveyed the same rebuke in the phone call.

So far there’s been at least three attempts at ceasefire brokered under Russia’s mediation, however, all three failed within hours or sometimes minutes of being initiated, with each side blaming the other for renewed shelling.

Lavrov expressed he still held out hope that terms of of a ceasefire would be agreed to by both parties among the Minsk group of countries (Organization for Security and Co-operation in Europe Minsk group, or OSCE).

He said so far it has “not been possible to agree on all the parameters” among the warring sides.

But his comments appeared to also blame Turkey given it’s increased visible role in the conflict. Russia itself has set up an observer post near the fighting, but still just within Armenia’s national borders.

On Saturday the Russian Foreign Ministry raised eyebrows given the prospect for a broader regional war drawing in powers like Turkey or even Iran, which has a large Azeri ethnic population but has good relations with Armenia. Russia said it would be prepared to render “all necessary assistance” to treaty partner Armenia should the war expand inside Armenian territory.