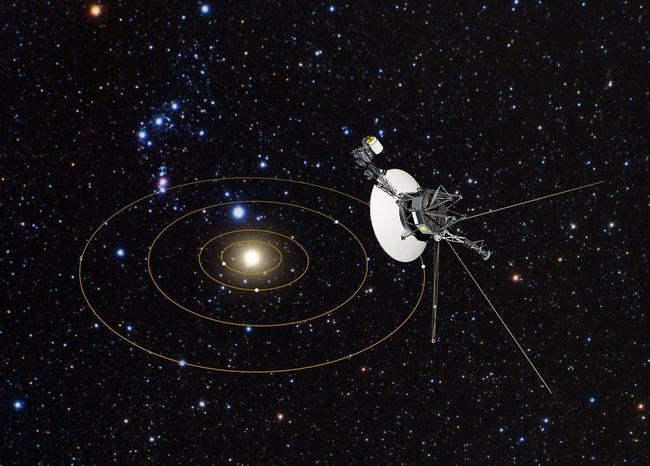 
Authored by Justin MacLachlan via TheMindUnleashed.com,

After months of radio silence, NASA has finally reconnected with its Voyager 2 space craft. The Voyager 2 spacecraft has been scouring the cosmos for longer than 40 years, all that time staying in contact with NASA’s team of engineers. However, in March of this year, NASA closed communication with the craft.

The space agency left the shuttle to spend a secluded few months in space without signal to upgrade its communication system. Flying some 11.5 billion miles away from Earth, Voyager 2 was left to its own equipment in mid-March.

But on October 29th right before Halloween, NASA briefly reconnected with Voyager 2 while testing its new Deep Space Network antennas (DSN), NASA reported. Voyager 2 was on an important scientific mission originally to study the outer planets, and now in its extended mission, to study deep Interstellar Space in general.

It’s also one of the furthest manmade objects from Earth. NASA notes that Voyager 2 has left the Solar System entirely. To communicate with the spacecraft, NASA relies on the Deep Space Network antennas (DSN).

The DSN is reliable. But much like the Voyager 2, it’s old, very old. To be more precise, it’s more than 70 years old. To put that into perspective, the system was first created when NASA launched its first satellite, Explorer 1, in 1958. The DSN is used to communicate with an estimated 30 spacecraft every day and it runs 24 hours a day, 365 days a year. As another fun fact, the system is spread out across three joint sites located in the United States, Australia, and Spain.

As NASA prepares for numerous new missions to the moon and mars, all launching in the next few years, the DSN is certainly overdue for a much-needed upgrade to its systems and software.

NASA also started its critical work with an antenna denominated Dss43 that is 230-feet-wide, about the size of a 20-story building, and is located in Canberra, Australia. Dss43 has been operational for 48 years and some of its components, including the conductor used to actively communicate with Voyager 2, have never been given a tune-up. NASA has now drastically improved Dss43’s heating and cooling equipment, power supply equipment, and other devices used to operate. On October 29th, NASA sent a brief call to Voyager 2 to test the new equipment to make sure it was operational.

“What makes this task unique is that we’re doing work at all levels of the antenna, from the pedestal at ground level all the way up to the feedcones at the center of the dish that extend above the rim,” Brad Arnold, the DSN project manager at NASA’s Jet Propulsion Lab in Southern California, said in a statement. “This test communication with Voyager 2 definitely tells us that things are on track with the work we’re doing.”

In the test, NASA’s mission control operators on the ground transmitted a series of commands to Voyager 2, and the spacecraft executed the commands, confirming the test was a success.

NASA is going to cut off its communications to Voyager 2 again until later next year. Dss43 will not be fully back online until February 202, so Voyager 2 will have to endure several more months without communication to ground control, which is worrying for engineers.

“Having the antenna down for one year is not an ideal situation for Voyager or for many other NASA missions,” Philip Baldwin, operations manager for NASA’s Space Communications and Navigation (SCaN) Program, said in a statement. “The agency made the decision to conduct these upgrades to ensure that the antenna can continue to be used for current and future missions. For an antenna that is almost 50 years old, it’s better to be proactive than reactive with critical maintenance.”

Thankfully, Voyager 2 doesn’t have humans on board and its just a space probe, otherwise, things could get really serious if communication had to be cut off.