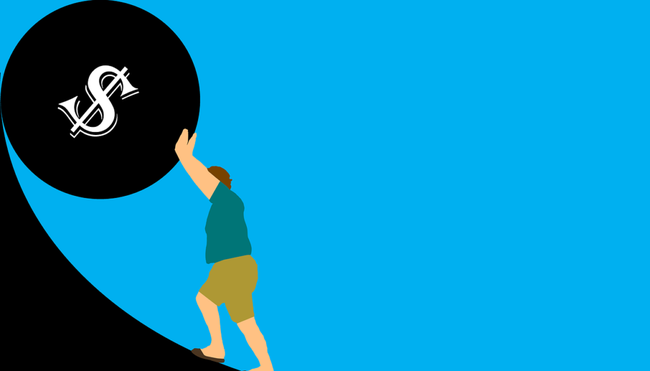 The debt monster is loose.

S&P Global Ratings projects the global debt-to-GDP level will swell to a record 265% this year. It also expects insolvencies and defaults to rise to levels not seen since the 2009 crisis.

Higher leverage and “a more challenging operating environment” has led S&P Global Ratings to downgrade 22% of corporate and sovereign debt issuers globally — “particularly speculative-grade borrowers and those suffering most from COVID19’s economic effects.”

According to the report, default rates could double by mid-2021.

Corporate bankruptcies are already surging in the US and many overleveraged small businesses are simply shutting down.  A total of 509 companies had gone bankrupt this year as of Oct. 4, exceeding the number of filings during any comparable period since 2010.

A recent article at ForeignPolicy.com warned, “The next US administration will likely face a global debt crisis that could dwarf what the world experienced in 2008-2009. To prevent the worst, it will need to address the burdensome debt plaguing both the United States and the global economy.”

The report singled out the growing levels of debt in the US and called them “unsustainable.”

A surge in spending to mitigate the health and economic impacts of the pandemic has brought the total public debt in the United States to over 100 percent of GDP—its highest level since 1946 and a hurdle that will create a considerable drag on future economic growth. Other types of debt—household, auto, and student loans, as well as credit card debt—have seen similar surges. Almost 20 percent of US corporations have become zombie companies that are unable to generate enough cash flow to service even the interest on their debt, and only survive thanks to continued loans and bailouts.”

According to the Institute of International Finance (IIF), global debt is already well above the level S&P Global warned about. In April, the organization reported that global debt across all sectors rose by over $10 trillion in 2019, topping $255 trillion.

At over 322% of GDP, global debt is now 40 percentage points ($87 trillion) higher than at the onset of the 2008 financial crisis—a sobering realization as governments worldwide gear up to fight the pandemic.”

Central banks simply doubled down on their debt-producing policies in response to the pandemic. The Federal Reserve immediately took interest rates to zero and it has promised to leave them there for years to come.  It then launched “QE infinity,” and has increased the money supply at a record pace. Just last week, the Fed lowered the threshold for its “Main Street” loan program for small businesses down to $100,000.

Despite the record levels of indebtedness, S&P Global said it’s not concerned about a debt crisis. But it bases its view on some rather rosy assumptions, including the wide-spread availability of an effective COVID-19 vaccine. It also assumes a global economic recovery.

It seems just as likely that the debt-bubble will pop. In fact, we warned back in December of last year that it was a matter of when, not if, the debt bubble was going to burst.

Conventional wisdom seems to be that the world can avoid economic pain simply by borrowing money that was created out of thin air by central banks. But any sane person understands you don’t borrow your way to prosperity. Borrowed money always has to be paid back. This is an unsustainable path and one to watch closely, despite the optimistic assurances of the mainstream.