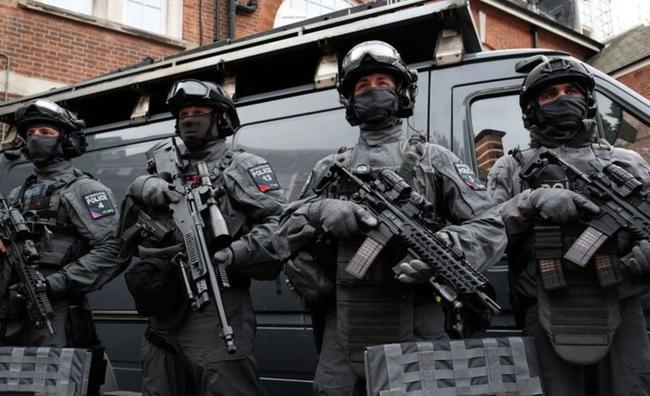 
Days after imposing a one-month (at a minimum) lockdown, the UK is raising its terror alert level to “severe” (from “substantial”), meaning an attack is “highly likely” following Monday’s attack in Vienna, and the attacks last month across France.

Another suspect in last night’s attack was arrested in Linz, the capital of Upper Austria, just this morning, and Austrian officials have been suspiciously mum on the number of assailants who managed to escape the scene last night (one attacker was killed, at least 2 have been arrested). The death toll in yesterday’s shooting has climbed to 4.

Three people were killed in a knife attack in Nice, one of several attacks that unfolded last month, which prompted French President Emmanuel Macron to declare a crackdown on Islamic terror.

Assessments of threat levels are taken by the Joint Terrorism Analysis Center, which is part of MI5. They include:

To be sure, Wales’ two-week firebreak lockdown is nearing its end, but England’s lockdown is just beginning. People are already terrified  enough by the resurgence of the coronavirus across the continent. The British terror level was finally lowered to substantial in November 2019 from severe for the first time in 5 years. Severe is the second-highest level, with only “critical” above it.

Though an attack is now deemed “likely”, the alert doesn’t offer any advice other than for Britons to remain ‘alert’.

Home Secretary Priti Patel described the move as a “precautionary measure” and said it was “not based on any specific threat”.

“The public should continue to remain vigilant and report any suspicious activity to the police,” she said.

But the alert is bound to cast a distinctly Orwellian pall over life in the UK, as fear, surveillance, violence and death become the backdrop to ordinary life.

You can now buy someone, anyone (me?) a Steam Deck without any wait