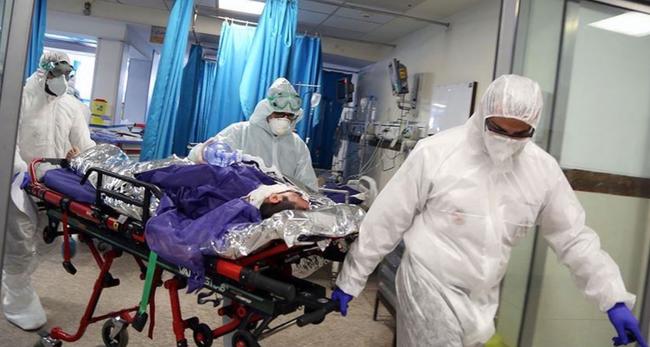 As of Monday morning, global deaths tied to COVID-19 have topped 1.2 million after the deadliest week for the virus since April, according to data from Johns Hopkins. The number of new cases reported daily has doubled over the past five weeks, as England has joined Belgium, France, Germany and others in enacting new lockdown measures.

Ironically, Dr. Tedros, the head of the WHO, has entered self-quarantine after coming into contact with somebody said to be COVID-19 positive.

Conte told Parliament on Monday that the new rules would be introduced regionally, in a method similar to what’s happening in Spain, whereby the central government would lay down guidelines that will be enforced by local officials depending on the conditions.

Another big story Monday morning pertains to an announcement from CureVac, which said its product showed a “good immune response” comparable to that found in recovered patients in an early-stage test on more than 250 to volunteers. The best response was seen using the strongest dose of the vaccine.

According to Bloomberg, the research validates 20 years of the tiny biotech company’s research into mRNA vaccines.

Speaking to the press on Sunday one day after PM Boris Johnson enacted a one-month lockdown, Rishi Sunak, the Chancellor of the Exchequer, said that while the lockdown in England is currently slated to expire on Dec. 2, the administration could extend the new emergency measures, threatening the Christmas Holiday. However, “the firm hope and expectation” is that it will end on Dec. 2.

Asked by the BBC if these measures would result in the cancellation of Christmas, Sunak said “I appreciate everyone’s frustration,” he said. “Our hope and expectation is these measures will be sufficient to bring the R rate back to where we need it to be.”

Sunak also promised to increase support for the self-employed during the lockdown that will begin later this week. Sunak appeared to dispel rumors that he had opposed the lockdown.

Speaking on CNBC Monday morning, the CEO of Ryanair criticized the new lockdown measures in England, saying it only highlights how ineffective the first round of lockdowns were.

The only way to suppress the virus is to implement mass testing, Michael O’Leary, Ryanair CEO, said, adding that the failure of global governments to implement mass testing has been staggering. United Airlines recentyl announced that it would implement mandatory on-sight testing before long-haul flights. O’Leary went on to explain that one problem is the PCR tests are labor-intensive and time consuming, while the antigen tests, are much easier and more expedient; the only problem is governments don’t recognize the rapid tests as sufficiently accurate. Some experts have argued that this is a mistake, and that mass testing would quickly make up for any lapses in accuracy, as positive individuals would inevitably be uncovered by multiple tests.

Here are some more COVID-19 stories from overnight and Monday morning:

Public viewing of tuna auctions at Tokyo’s Toyosu fish market resumes after an eight-month hiatus. Eighteen visitors selected by lottery in advance gathered at the market in the early morning and watched from a deck as dealers wearing masks took part in the bidding (Source: Nikkei).

New York Governor Cuomo said New York is setting protocols to permit children in virus hot zones to attend school in which the protocol for cluster schools would require testing and children would need to test negative to return to school, while it was separately reported that San Francisco is to temporarily pause reopening amid a rise in cases. (Newswires)

China reports 24 cases for Sunday, the same as a day earlier, with 21 being imported and three in the Xinjiang region (Source: Nikkei).

Iran reported a record number of daily virus-related deaths for a second day in a row at 440, bringing the total to 35,738. The number of cases reached 628,780 with 8,289 new infections in the past 24 hours, just below the record reported last week (Source: Bloomberg).

LBRY says it ‘will likely be dead’ following SEC loss