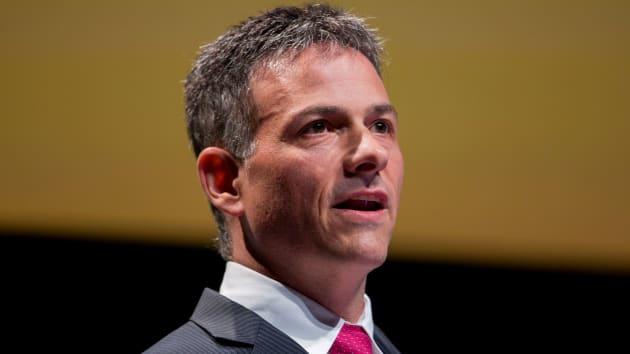 
Earlier this week, value investing icon David Einhorn surprised his hedge fund peers when he declared that not only is the tech bubble created by the Fed “enormous” but more importantly, that it had burst on Sept 2, the day the Nasdaq hit an all time high, and as a result his Greenlight hedge fund added “a fresh bubble basket of mostly second-tier companies and recent IPOs trading at remarkable valuations.”

Einhorn’s renewed crusade against the tech bubble came a time when futures traders had taken their Nasdaq net exposure to the 2nd shortest on record, but then quickly reversed as the Nasdaq continued its grind higher, only to be caught flat just as the tech index suffered its biggest weekly drop since March.

For Einhorn, however, it appears that the early-October meltup was another opportunity to add even more shorts and after the latest Nasdaq rout, which saw the index drop on 9 of the past 14 days as it approached a 10% correction from its Sept 2 highs…

… Greenlight Capital returned an impressive 7.7% in October – the hedge fund’s best monthly performance all year – according to Bloomberg.

As reported last Tuesday, Einhorn told his investors that “we are now in the midst of an enormous tech bubble,” adding that his working hypothesis was that Sept. 2 was the top and the bubble had already popped.

Bubbles tend to topple under their own weight. Everybody is in. The last short has covered. The last buyer has bought (or bought massive amounts of weekly calls). The decline starts and the psychology shifts from greed to complacency to worry to panic. Our working hypothesis, which might be disproven, is that September 2, 2020 was the top and the bubble has already popped. If so, investor sentiment is in the process of shifting from greed to complacency. We have adjusted our short book accordingly including adding a fresh bubble basket of mostly second-tier companies and recent IPOs trading at remarkable valuations

It wasn’t just the tech shorts that worked: on the long side of the book the primary driver of Einhorn’s gains in the third quarter was homebuilder Green Brick Partners, which also had a strong October return when it shares climbed 11%. The company is benefiting from low interest rates and pandemic-driven demand for single-family detached housing. According to Bloomberg, Greenlight owns almost half of the company’s stock. Einhorn has been affiliated with Green Brick since before it went public and is its chairman.

While its October performance was impressive, Greenlight has a big hole to dig out of: in 2015, the year Einhorn first made his bet against tech bubble names, the main Greenlight fund fell by 20%. The slump deepened in 2018 with a 34% drop. Last year, Einhorn rebounded with a 14% gain across the funds. Following several turbulent years, Greenlight managed only $2.6 billion as of Jan. 1, down from $12 billion at its peak.

For those who missed it, we excerpted his key thoughts from his latest investor letter at the following link.