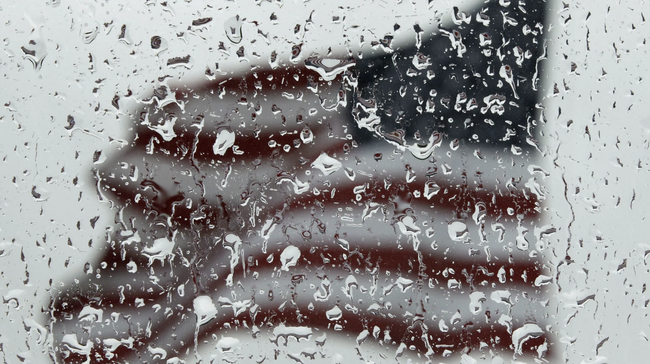 
The United States’ image has tumbled to a record-low among a new 13-nation Pew Research Center poll released Tuesday. America’s reputation, nevertheless, confidence in the Trump administration, have both rapidly declined over the past year due to the handling of the coronavirus pandemic.

President Trump attempted to boost his image last weekend in a Fox News interview, arguing his administration took “tremendous steps” at the beginning of the virus pandemic to mitigate the spread, which ‘probably saved a couple million lives’.

But according to Pew’s polling data, much of the world sees things differently – and that data shows more than a dozen U.S.’s top allies’ public attitudes towards the U.S. and Trump are in collapse (see: here).

Many of the allies, which include the United Kingdom, France, Germany, Japan, Canada, and Australia, had their share of the public give some of the lowest favorable views of the U.S. on record, going back to the early 2000s when Pew started collecting data.

The polling data comes amid Trump’s handling of the public health crisis, after journalist Bob Woodward leaked damaging audio of the president downplaying the severity of the virus outbreak. But as readers may recall, none other than Dr.Fauci said Trump “did not distort anything and acted immediately when he was presented the data.”

Nevertheless, “across the 13 nations surveyed, a median of just 15% say the U.S. has done a good job of dealing with the outbreak. In contrast, most say the World Health Organization (WHO) and European Union have done a good job, and in nearly all nations, people give their own country positive marks for dealing with the crisis (the U.S. and U.K. are notable exceptions). Relatively few think China has handled the pandemic well, although it still receives considerably better reviews than the U.S. response,” Pew said.

When it comes to ratings for the US and Trump, across the 13-country median, only 34% have confidence in the US and 16% in the president.

Attitudes towards Trump were low from the beginning compared to his predecessors, Barack Obama and George W. Bush, for the Western Europe region.

When it comes to ratings, Trump, in his pre-presidential life, was a reality T.V. star where ratings were the only thing that mattered. The latest data from Pew explains why the president is resuming his weekly visits to “Fox & Friends,” as he must revive his image and set the story straight to the American people about his coronavirus response ahead of the presidential elections on Nov. 03.