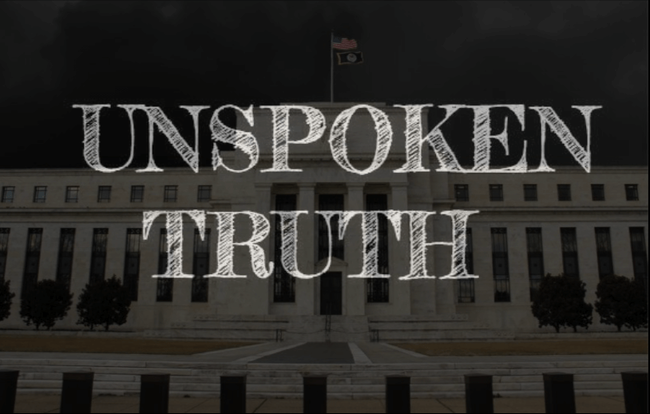 We all know it yet the unspoken truth deserves to be said out aloud.

You all heard the phrases ‘Don’t fight the Fed’, and ‘ there is no alternative’. Can we be clear what these phrases really mean? They mean people are buying assets at prices they otherwise  wouldn’t because a central planning committee is putting in market conditions that changes their market behavior.

People are paying forward multiples that are higher than they would if they earned higher interest income. The ‘desperate search for yield’ they call it. Think of it as a forced auction. You must pay, and you must pay more because you can’t bid on anything else and neither can anyone else hence there are now bidders for ever less available product (i.e. think shrinking share floats) driving prices wildly higher. And as central banks have become permanently dovish over the past decade Fed meetings are the principal impetus for rallies. Indeed most gains in markets come around days that have Fed Day written on them, a well established history going back decades now.

A fact the Fed itself is very well aware of:

“In a 2011 paper, New York Fed economists showed that from 1994 to 2011 almost all the S&P 500’s returns came in the 3 days around an FOMC decision. Over this period the index rose by 270%, and most of those gains happened the before, the day of, and the day after a Fed meeting.”

So Pavlovian has the response become that shorts automatically cover ahead of Fed meetings and investors buy ahead of Fed meetings expecting a positive response. The Fed is the market as it’s driving its entire behavior. The “Fed put” they call it. Another phrase that explicitly acknowledges that investors are orienting their risk profile behavior on what this unelected committee does.

And it is this over decade long process of now permanent intervention that has produced the ever widening disconnect in asset prices from the economy:

A perpetual process of intervention that is creating ever wider wealth inequality and is building ever more financial risks, facts that are well recognized by participants. Here is Mohammed El-Erian in his latest opinion piece highlighting the ‘Fed put” and the building risks and disconnects:

“even looser monetary policy is likely to result in further disconnecting financial markets from the real economy (the issue of prosperous Wall Street versus struggling Main Street). This could easily amplify the view that the Fed is aggravating inequality. While officials have tended to brush off – at least in public — the risk for future financial stability of over-valued markets and over-extended new retail investors, it may prove harder now that loose mortgage conditions are decoupling the housing market from forward income-based affordability indicators. Indeed, many signs of excessive financial risk-taking are already flashing yellow or red on the back of the continuously reinforced market notion of a deep, always in-the-money ‘Fed Put’.”

Well there you have it.

The gall of Jay Powell then, who not only has a personal long index portfolio in the tens of millions of dollars, who not only personally benefits from said construct, but then continues to deny the policy’s direct impact on widening wealth inequality, that audacity to lie to the American public about it all is something else.

He can claim unchallenged by the press that the Fed’s policies absolutely do not add to inequality but everybody knows that it does. Shame on him and shame on all the Fed presidents that keep playing along in the game of denial and deception.

All of Wall Street, its compensation, the valuation of companies, all of it is vastly inflated and impacted by Fed bail outs and interventions and now supposedly going forward as well based on the view that the Fed will remain at zero rates for many years to come, independent on what the data may say in the future.

‘The Fed has our backs’ is another one of those phrases lurking out there displaying an attitude of complacency and open admission that because of the Fed investors are engaging in risky behavior they otherwise perhaps wouldn’t were it not for the belief that the Fed will bail them out of risky investing decisions by bringing markets back from the abyss.

And that is the truth, the entire market universe orients itself on these phrases and therefore engages in such behavior driven by the action of this central planning committee that denies this very fact.

This has nothing to do with free market capitalism. It’s a perverted form of market planning. Now I can’t change the construct and like many I can just play along. For example, last week’s view that $NDX was setting up for a long trade based on a technical pattern was also based on the view that people would once again buy into stocks ahead of a coming Fed meeting during OPEX week no less.

That rally to come I suggested at the end of my recent CNBC interview:

And I suggested it in the charts. On Friday on our private feed and see also Straight Talk: Technicals Matter:

And sure enough they kept piling in ahead of the Fed. Three gap ups in a row this week  running like flies toward the light (the Fed):

So yes we can play along with it, but we can also be critical of the construct and the entire dishonesty of the Fed to refuse to acknowledge its role and to blatantly lie about the consequences. And we can highlight the budding financial risks that keep being propagated by this unaccountable committee that operates unchecked and unbalanced self admittedly crossing red lines.

But while the Fed has succeeded again in bailing out Wall Street, its self declared pretend effort to help Main Street has predictably turned into a joke:

$3 trillion for Wall Street in a flash.

Money quote: “This whole thing is kind of a joke.” https://t.co/Yg4TimcCro

So today we all gather again to watch this committee shower us with pretend wisdom. By all means, let’s celebrate the absurdity:

Today millions of investors gather for the regularly scheduled ritual called Fed Day, celebrating free market capitalism by hanging on the lips of what more gifts the head of the central market politburo bestows on the top 10% that own 87% of all stocks.

Let’s call it what it is: A desperate subsidy masking all the structural problems underneath by disconnecting asset prices ever further from the economy & enabling ever larger credit bubbles:

A subsidy benefitting the wealthiest while leaving the poor in the dust, a subsidy based on lies told by idiots signifying nothing other than a reflection of a bankrupt political system that is incapable of developing structural solutions and entirely dependent on ever more debt expansion and cheap money, a house of cards that will crumble when the efficacy of central intervention and the ever desperate efforts to make reality reach their limit.

And that is the unspoken truth.