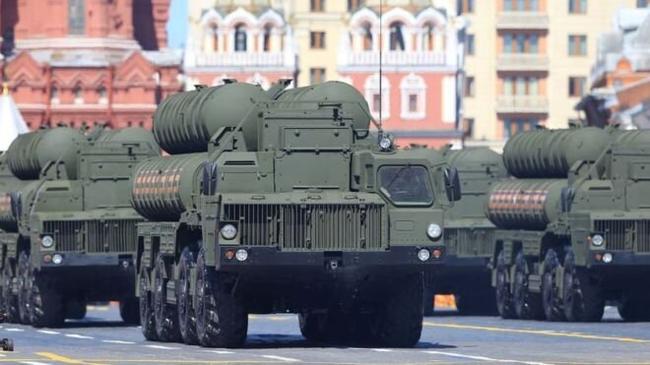 
Weeks ago the United States lost its bid to get the UN Security Council to extend the international arms embargo on Iran, which is set to expire October 18.

And now on Tuesday Secretary of State Mike Pompeo is vowing to never let Iran acquire Chinese and Russian weapons, but it remains unclear precisely how he hopes to make this happen.

Pompeo said during an interview with European radio broadcaster “France Inter” on Tuesday that “Nothing has been done so far to enable the extension of this ban, and therefore the United States assumed its responsibilities.” He’s of course referencing the fact that the Europeans have by and large sought to uphold the terms of the 2015 nuclear deal, or JCPOA.

“We will act in this manner. We will prevent Iran from acquiring Chinese tanks and Russian air defense systems, and after that, selling weapons to Hezbollah undermines the efforts of French President Emmanuel Macron in Lebanon.”

Washington has stood isolated over its decision to enact so-called “snapback” sanctions on the Islamic Republic in late August.

Ironically the snapback option is available to participants in the JCPOA, which the US formally withdrew from in May 2018.

Meanwhile, over the past year there’s been talk of Moscow actually supplying Iran with its advanced S-400 anti-air defense system, something which the Trump administration might almost treat as an act of war.

Interestingly, on the very day Pompeo made is new statements vowing to never let Russian weapons come into Iran’s hands, the Kremlin was busy show off the S-400’s capabilities.

…caused over so many years. Any attack by Iran, in any form, against the United States will be met with an attack on Iran that will be 1,000 times greater in magnitude!

Iran has also come back into headlines this week after it was alleged leaders in Tehran are plotting to assassinate the US ambassador to South Africa in revenge for the January US drone strike on Gen. Qasem Soleimani.

In response, Trump vowed that any such aggression out of Iran would be met with an American response “1,000 times greater in magnitude!” However, Trump did not exactly confirm the alleged plot, instead he merely cited “press reports” suggesting that it may be true.