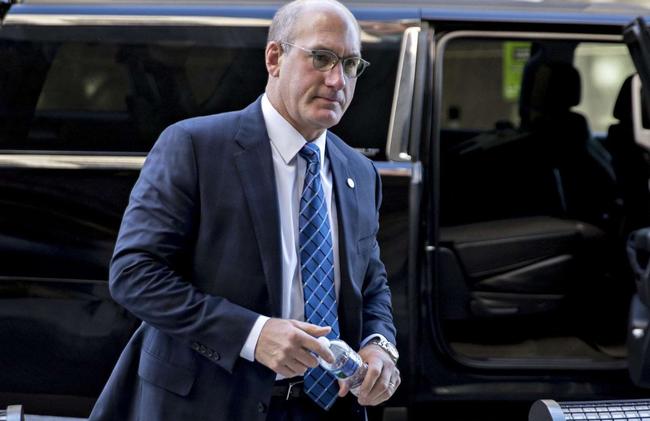 iPhone sales have been moderating despite the success of the smaller phones, and despite various promotions, and efforts to clear inventory, according to a series of projections from JPM.

Apple has managed to protect its immense post-stock-split valuation by shifting the focus to its thriving services business (along with a brief spike in device sales between April and the end of June) and the looming advent of 5G. One of the reasons the iPhone 12 is seen as so critial for Apple is that it will be the first model to run on 5G networks.

Well, on Wednesday, Wall Street analysts heard from a reliable source that the hoped-for 5G “supercycle” might instead be a dud.

AT&T CEO John Stankey said during an interview with Bloomberg that sales might be much less dramatic than people anticipate, though he still expects the holiday sales season to be “strong” (though he said that before Wednesday morning’s retail sales numbers).

It will still be a healthy holiday season for the industry, he said, just not the wished-for blowout.

“We aren’t in the best of economic times,” said Stankey, who took the reins at AT&T in July.

The 5G iPhone, due this fall, is generally good news for AT&T — especially since its subscribers use Apple phones at higher rates than average. Still, they may take some persuading.

Peer pressure could help, Stankey said. Consumers could be egged on by a “pack mentality” after the phone debuts, he said: When one person gets it, others will see “this nice new shiny object and say, ‘I need it, too.’”

However, Stankey added, it’s impossible to say for sure how consumers will react, and there’s a chance that he could be underestimating the excitement surrounding the rollout of 5G.

Peer pressure could help, Stankey said. Consumers could be egged on by a “pack mentality” after the phone debuts, he said: When one person gets it, others will see “this nice new shiny object and say, ‘I need it, too.’”

Then again, some might argue that consumer skepticism about 5G, fanned by a series of bizarre conspiracy theories, might dampen the public response.

But at the end of the day, the real reason consumers probably won’t be buying new phones in droves is because the 5G networks simply aren’t ready. As Stankey explains, you’ll only get the “Holy cow! 5G” in densely populated urban areas. Others will only see “incremental improvements.”

Did Stankey just elucidate a massive disconnect between 5G capacity and population? With more consumers moving away from cities, either America’s 5G network coverage is going to need to become much more comprehensive – and fast – or Wall Street analysts, and Apple, might as well abandon hopes that it will really make a difference – at least in the near term.