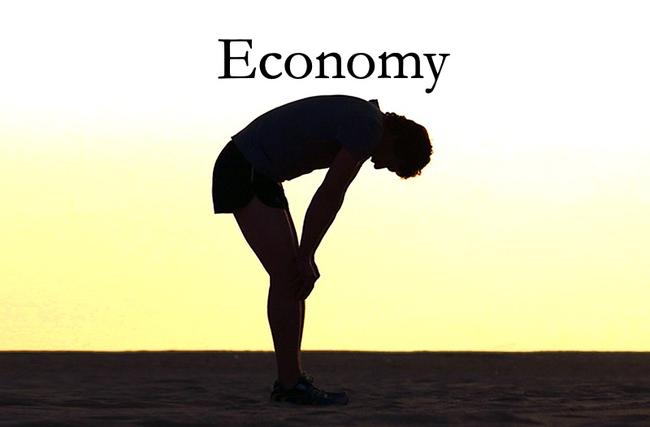 
A whole host of economists and former Federal Reserve heads have warned if Congress and the White House fail to agree on a new round of fiscal stimulus, then it would risk damaging the economic recovery, reported FT.

As of mid-August, about 7 states, Colorado, Missouri, Utah, Arizona, Iowa, Louisiana, and New Mexico, have signed up for President Trump’s emergency FEMA funds to shell out $300 weekly stimulus checks for those receiving unemployment benefits under Trump’s Aug. 8 Executive Order. This is a far cry from the $600 per week millions of Americans were receiving in spring through July 31.

A top concern ahead of the presidential election is the lapse in Trump stimulus checks, also known as direct transfer payments, accounted for at least a quarter of all personal income, artificially boosted most of the economy – without the second round of checks, the artificial boost is set to subside.

We explained in July, a fiscal cliff would have uneven regional impacts, affecting smaller communities the worst. What Americans don’t realize is that stimulus checks, were their first real taste of socialism. The consequence of the federal government paying people to stay home is that it desensitizes them to find work, thus causing a delay in the labor market recovery.

Heading into fall, hopes are quickly fading for another +$1 trillion fiscal pump to boost the economy through the election – perhaps the fiscal cliff is most visible in the reversing Citi economic surprise index from record highs.

“The diminished chances of additional fiscal support have caused many economists to fret that the US rebound will lose steam in later 2020 or early 2021, creating a drag on the global economy as it tries to recover from the worst contraction since the second world war,” said FT.

FT notes a handful of economists are warning about “fiscal fatigue” and ‘economic wasteland’ will be seen if another round of stimulus is not passed immediately.

“The risk of fiscal fatigue where policymakers stop providing stimulus or start trying to claw back too early is a meaningful global risk,” said Nathan Sheets, chief economist for PGIM Fixed Income. “What’s going on in Washington right now is in some sense exhibit A for that.”

Ian Shepherdson, chief economist at Pantheon Macroeconomics, said the US output gap would increase by an annualized rate of 25% in 3Q20 as it bounces back from a historic contraction in 1H20. But Shepherdson expects the figure would drop 10% in 4Q.

“What they are doing now, or rather what they are not doing now, is raising the risk that large bits of the economy will be a wasteland by the time a [Covid-19] vaccine comes through,” he said. “That doesn’t mean it can never recover, but it does mean that the recovery will be longer and harder and more painful and there’ll be a lot more misery in the meantime. It seems very counterproductive to me.”

At the start of September, virtually every Wall Street strategist was convinced that a fiscal stimulus deal in Washington was inevitable, and would be around  $1.5- $2 trillion ballpark. Now Morgan Stanley is warning that a stimulus deal will not be seen before the election.

“It most certainly will have an impact,” said Julia Coronado, founder of Macropolicy Perspectives.

“Does it double-dip (into recession)? That’s not my base case, but at a minimum, it flattens out the recovery and deepens the permanent damage, and that’s not good,” Coronado said.

She said the lack of stimulus would increase economic disparities:

“You’re just going to have more of that bifurcation, with wealthy people and professional jobs in the service sector doing just fine . . . and then a lot of people in working-class jobs in deep distress.”

Several former Fed heads pointed out, without another round of stimulus, millions of Americans will suffer.

“If senators still fail to resolve stalled negotiations when they return after Labor Day, millions of needy Americans will suffer — and the overall economy could degrade from its current slow rebound in growth to no growth at all.”

Ben Bernanke, another former Fed chair, warned in July that a “significantly worse and protracted recession” if the second round of stimulus was not seen.

“People can see with their own eyes that the economy is not motoring along,” he said, adding: “It’s very hard to see how taking away the single biggest support for personal incomes can do anything other than depress growth.”

With a fiscal cliff now entering the 45th day, stimulus talks in Washington at a stalemate, a growth scare could further pressure equity markets lower.

What are crypto payment gateways and how do they work?