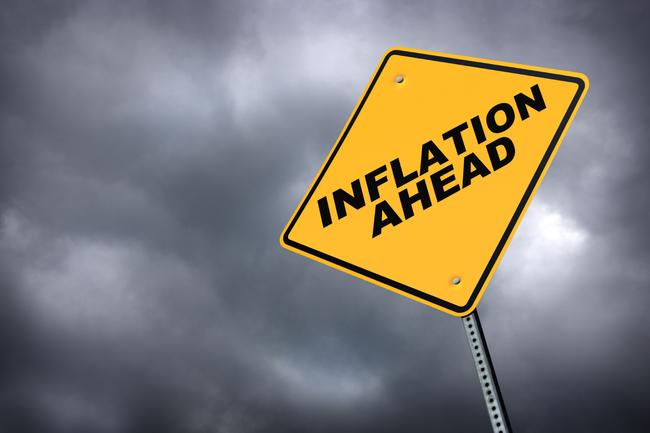 
Looking at this week’s main event, the FOMC’s two-day meeting on Wednesday, consensus expects that the Fed won’t announce any new actions having crushed the idea of yield curve control or a shift in QE, while fresh projections for the federal funds rate – which will include 2023 for the first time, – are expected to show rates locked at zero, something traders have priced in already expecting no rate hikes until at least 2025. Such an outcome is likely to embolden bond bulls and further crimp inflation expectations, according to Bloomberg.

A key reason for the Fed’s lack of action is that according to Goldman, the Fed’s Summary of Economic Projections is likely to show large upgrades to the growth and unemployment forecasts in recognition of the surprisingly strong data over the last few months, yet not enough for any hawkish surprise: “we expect that the median projection will still show an unemployment rate modestly above the longer-run rate and inflation just below 2% even at the end of the forecast horizon in 2023, a bit short of the conditions that we expect to eventually trigger liftoff.”

To some, such as Jefferies chief economist Aneta Markowska, this is a problem: “The market definitely needs more from the Fed now,” she told Bloomberg. “The Fed will be undershooting on inflation for the better part of four years, so why wait to do more? And inflation expectations have already been fading.”

But not everyone agrees, and in a Sunday note from Morgan Stanley’s chief economist Ellen Zentner, she writes that “This Time Is Different”, and that “the central bank is now more likely to achieve its desired inflation target in the current cycle. If it does, this new framework may well be Chair Powell’s legacy.”

We could go on and on about whether what comes next is deflation or inflation, but since we will probably have to write about that tomorrow, the day after, the after that, and so on, below we republish Zentner’s full note on the off chance that she is right and the Fed does actually succeed where it has failed so dismally for the past decade.

The Fed’s New Framework: This Time Is Different

On August 27, Chair Powell and the Federal Open Market Committee made history, rolling out a new inflation-targeting framework. I believe that the central bank is now more likely to achieve its desired inflation target in the current cycle. If it does, this new framework may well be Chair Powell’s legacy.

The Fed replaced its old symmetric 2% inflation target with a flexible average inflation-targeting framework. It emphasizes that the Fed will target an inflation overshoot in recoveries following inflation shortfalls during downturns. This has important implications for economic and policy outcomes over the medium term. Most specifically, under Powell’s leadership the Fed has now solidified a more dovish path than in previous recoveries. Under the new outcome-based approach, the Fed needs evidence of inflation before raising rates, rather than simply forecasting that it will rise. Had this policy framework been in place in the last cycle, with inflation and unemployment evolving exactly as they did, the Fed might have delayed lift-off to as late as 2018, with its overall policy stance more accommodative for longer.

It’s not just policy outcomes that are likely to differ. A change in monetary policy dynamics is likely to feed through to inflation expectations, which are relevant to price- and wage-setting. This would make it more likely that the Fed can achieve its inflation targets over the current cycle and that average 2% inflation outcomes are attainable over time. To be sure, the change in the Fed’s framework makes us even more confident that inflation will be structurally higher over this cycle and beyond.

How quickly the output and employment gaps close in this cycle will play a major role in determining when the first rate hike comes. Moreover, we believe that to demonstrate their commitment to the new strategy, policy-makers won’t rush to raise rates at the first sign of success. The longer-term simulations we laid out in Life After Covid suggest that the kind of labor market and inflation conditions the Fed would want to see sustained could be in place for the Fed to consider raising rates by the first half of 2024, sooner should the V-shaped recovery continue to run ahead of expectations.

Long before the first rate hike, the Fed should see the necessary conditions to start taking its foot off the gas. Working backwards, we think the Fed will want to end its asset purchases around a year before the first rate hike. This suggests that asset purchases would stop in early 2023, but tapering is likely to come in mid-2022. Chair Powell has time and again displayed an affinity for long-dated forewarning of Fed action to market participants, so starting to slow the pace of asset purchases around mid-2022 means we should get guidance that tapering is on the horizon by the December 2021 FOMC meeting.

Would keeping rates at the effective lower bound for that long pose risks to financial stability? Arguably, markets remain frothy. I would highlight the reciprocal relationship between the Fed and financial conditions underpinned by market expectations. The market is pricing in zero Fed rate hikes through 2023, something we think the Fed will confirm in its ‘dot plot’ this week. Hence, market conditions today already reflect an expectation of ultra-low rates for years to come. While some FOMC members think that raising rates can battle signs of financial instability, the vast majority believe that this job is better left to macroprudential tools. Still, emerging signs of financial instability would pose a challenge for the Fed, particularly if they require quick action.

Well before the framework change bears fruit, the FOMC is meeting this week. Current financial conditions are supportive of the inflation outlook, and Chair Powell thinks that policy is in “good stead”. I expect changes to the statement to be cosmetic, intended to align the language with the new framework. But make no mistake, further accommodation will be easy for the Fed if it’s needed. One catalyst could be the failure of Congress to pass CARES 2, and our US public policy strategists see the probability of passage dwindling without negotiating progress in the near term.

The economy has not suffered the full effects of Covid-19 because fiscal policy plugged the hole in income created by job losses. Without an extension of that support, the economy would need to hit the reset button to align with high rates of unemployment and all they entail. What’s more, the failure of Congress to pass support for state and local governments would accelerate layoffs, which could be enough to halt improvement in the unemployment rate.

Financial markets aren’t likely to appreciate this scenario, which could lead to sustained tightening in financial conditions. Tighter financial conditions, coupled with a deteriorating labor market outlook, are developments the Fed would take steps to offset. In our view, these actions most certainly would include increasing the size and duration of its asset purchases.