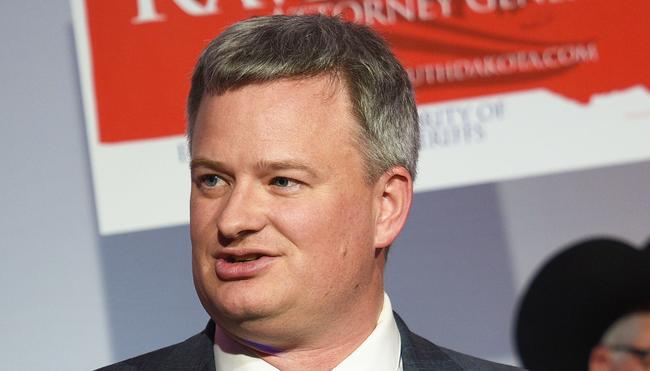 
In a tragic accident that could have political ramifications for South Dakota Gov. Kristi Noem – whose speech at the RNC helped cement her national profile – the governor announced during a Monday press briefing that Attorney General Jason Ravnsborg had hit and killed a man during a car accident Sunday night.

Offering what sounded like a flimsy excuse to many, including members of the press, the governor claimed that Ravnsborg believed at the time that he had hit a deer, and had simply driven on without stopping.

However, he had actually struck a man named Joe Boever, a 55-year-old from Highmore, who was discovered the next morning. The accident occurred around 10:30 local time.

The Rapid City Journal, which had a reporter at the press briefing, said information about who found Boever’s body wasn’t released, and that the High Patrol insisted that “all information is preliminary at this point” while they carry out an investigation.

Given the obvious conflict of interest when a state’s top law-enforcement official is caught up in what has the potential to become a criminal investigation – leaving the scene of an accident is a crime, at the very least, so is vehicular manslaughter, charges that can carry serious penalties if the person commiting said crime is found to have been intoxicated.

Officials didn’t say whether Ravnsborg reported the collision, or called 911. Presmably, if he had, the man’s body would have been discovered more quickly.

While it’s unfair of the press to jump to conclusions, it’s also fair to say that the array of facts revealed so far in this case doesn’t paint Ravnsborg in a positive light.

Given the explosive anger currently being directed at law enforcement officers and prosecutors, Ravnsborg’s case has the potential to catch fire and inflame another national controversy – and perhaps even another round of protests, though South Dakota benefits from being both sparesely populated and remote, in an overwhelmingly red state.

Like Noem and the police said, we’ll probably need to wait just a little bit longer for answers. In the mean time, local reporters have requested records, including any 911 calls, that may have been made about the incident.