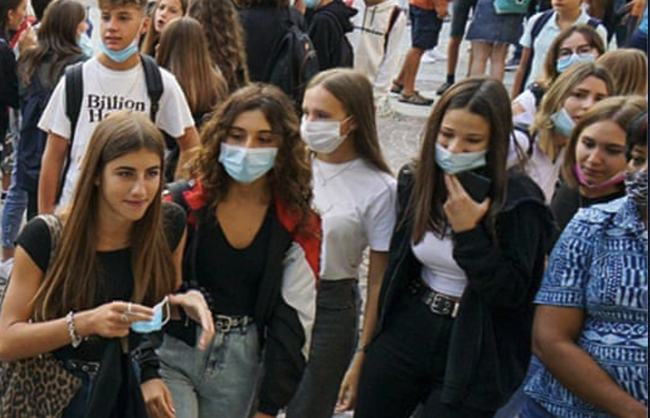 The World Health Organization on Sunday reported a record-breaking jump in the number of new COVID-19 cases reported worldwide in a single day, with at least 307,930 new cases confirmed. The daily tally – reported Sunday – was largely driven by another near-record total out of India, along with a surge in new infections across the EU and the UK and – notably – Israel, which is now second only to Bahrain for highest infection rate globally (that’s cases/population). The US and Brazil also contributed their fair share of cases.

Deaths, however, haven’t seen nearly as large a rebound as the medical community has learned to better treat the virus, and as the median age of those infected has shifted to a decidedly younger direction.

Despite the resurgence, European nations, along with India, are continuing to reopen their economies, as the damaging lockdowns from the spring are simply no longer feasible, given the depth of the economic damage, and growing public opposition. Italy, Portugal and Greece are all sending students back to school on Monday for the first time since the outbreak began.

As cases surge, Israeli Prime Minister Benjamin Netanyahu has announced that the country will reinstate a strict new countrywide lockdown this week amid a resurgence of COVID-19 cases. The three-week lockdown, which is set to begin on Friday and was announced yesterday, has elicited a surge in anger directed at the PM, as businesses brace for massive scarring. Starting on Friday, schools, restaurants, malls and hotels among other businesses will shut down and restrictions on movement will be imposed. The lockdown is expected to last at least three weeks. Israel has over 155,000 cases and around 1,100 deaths.

Meanwhile, Victoria, the second-most populous state in Australia and its biggest coronavirus hotspot, has reported its lowest number of new cases in three months. In nearby New Zealand, PM Jacinda Ardern has announced that coronavirus restrictions across the country will be lifted on Sept. 21, except in its biggest city of Auckland, its densest and most hard-hit city.