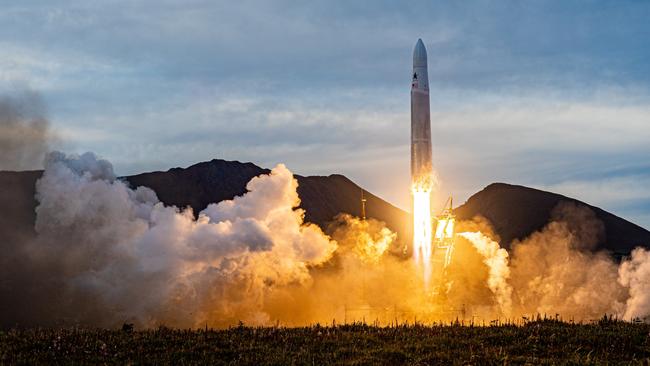 
Alameda-based rocketry startup Astra Space treated the world to a fireworks display in a remote part of Alaska Saturday night when the company’s 38-foot-tall rocket prototype failed to reach orbit during its first test launch.

The launch, which took place at the Pacific Spaceport Complex in Kodiak, Alaska, began at 19:19 local time (1519ET). The orbital attempt turned out to be a failure, as the rocket came crashing back to earth once its engines were remotely deactivated after the company’s “safety” team determined that it could be headed off-course.

To be sure, this is only their first attempt. And who knows? Perhaps a more reckless company wouldn’t have pulled the plug so quickly, although the US is currently struggling with a massive wildfire problem.

Nevertheless, the Astra team said they were “pleased” with the outcome.

Another video shows the turning point leading right up to the crash in greater detail.

The footage of the engine shutdown and crash of the @Astra Rocket 3.1 zoomed in shows that the rocket started tumbling as soon as the engines shutdown and stopped stabilisation of the rocket.
Here’s another angle https://t.co/VKQpOak6Kj

Astra’s comms team shared more commentary on the launch, and the company’s strategy to “learn fast through iterative development” in a blog post published on the company’s website.

According to Bloomberg, Astra is one of a handful of companies vying to produce cheap, reusable rockets that can ferry satellites into space on a almost daily basis. The company is struggling to outflank the current  market leader, New Zealand-born Rocket Lab, which charges about $7.5 million per flight and has been the only company to conduct successful commercial flights so far.

Interestingly, Astra is aiming to undercut Rocket Lab by creating a reusable rocket that would cost $1 million per launch, or less.

Even luminaries like Elon Musk, not exactly known for his tact, or compassion toward rivals, congratulated Astra on the attempt.

Thanks, @elonmusk. We appreciate that and are encouraged by the progress we made today on our first of three flights on our way to orbit https://t.co/CrH8iBYNpS

And like Musk says, SpaceX rockets took 4 attempts to reach orbit, and have produced some pretty memorable crashes along the way.