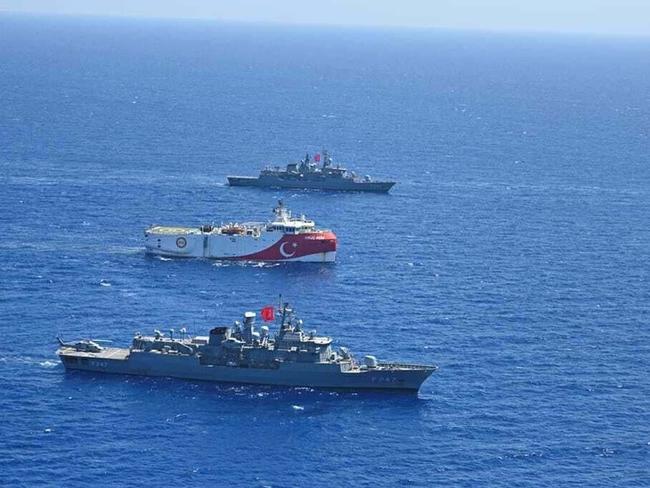 
The UK’s Sky News Arabia reports that Turkey’s defense ministry has announced the start of ‘live fire’ naval exercises in contested East Mediterranean waters which will run through the weekend.

“We regret that Turkey has not responded to the repeated calls by the European Union to end its unilateral and illegal activities in the Eastern Mediterranean and the Aegean Sea,” the EU communique said in reference to Turkey’s contested oil and gas exploration which Greece and Cyprus say violates their sovereign maritime territory.

“We maintain that in absence of progress in engaging Turkey into a dialogue and unless it ends its unilateral activities, the EU is ready to develop a list of further restrictive measures,” the statement added.

Last month into this month France has participated in military drills with both Greece and Cyprus, with Turkey often mirroring military maneuvers with provocative drills of its own.

That appears to be what’s happening once again, as the standoff continues. The EU is expected to take up the matter of looming sanctions once again during the last week of September.

Turkey’s navy has repeatedly warned Greece not to interfere in its ongoing seismic studies by ships near Greece’s easternmost islands as well as off Cyprus.

But already a number of “close calls” have occurred between the historic enemies, including a ship ramming incident, and a near dogfight over the skies of Cyprus.