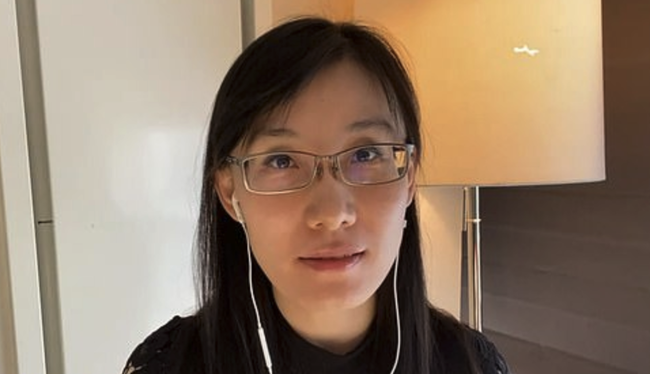 
Once again, the claims of a rogue Chinese scientist with a lot to say, and at least some evidence to back up her claims, has been ignored by the mainstream media. Intead, Chinese virologist Dr. Li-Meng Yan, who was among the first to study the virus at a prestigious university in Hong Kong, where she worked before fleeing China, appeared on the British interview show ‘Loose Women’ late last week. During the interview, she answered questions about her claims, and reiterated that the CCP didn’t just deliberately cover up COVID-19 in a manner that led to thousands of unnecessary deaths, the party also knew that SARS-CoV-2 was created by Chinese scientists.

Asked about the origins of the virus, the doctor said “it comes from a lab,” again rejecting reports from last year that the virus originated from a Wuhan wet market, claiming they were a “smokescreen”.

Dr. Li also commented on her claims that Beijing deliberately tried to cover up the outbreak when it first learned of the killer virus, effectively allowing it to escape China and infect the world. When she sounded the alarm about human-to-human transmission in December last year, her former supervisors at the Hong Kong School of Public Health, a reference laboratory for the World Health Organization, silenced her. After a while, she “could not keep silent”, and decided to flee.

In April, Yan reportedly fled Hong Kong and escaped to America in an effort to evade persecution and to ‘spread the truth’ about the pandemic.

“From the beginning, I decided to get this message out in the world and it was very scary in the world because I’m a doctor and I knew if I don’t tell the truth to the world I will regret it myself in the future.”

“I never thought this would happen when I did the secret investigation, I [thought] I would speak to my supervisor and they would do the right thing on behalf of the government.”

“But what I saw was nobody responding to that. People are scared of the government but this was something urgent, and Chinese New Year time, [I knew] this was a dangerous virus and all these things meant I could not keep silent, there are human beings and global health [at risk].”

China’s national health commission has denied that the outbreak started in the lab, insisting there is “no evidence” the new coronavirus was created in a laboratory. Beiing has already scapegoated a large group of local party officials for the errors.