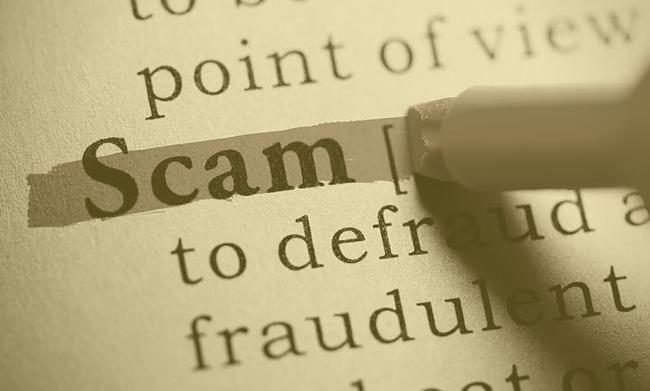 “If you discover at a later stage that there was Mafia involvement, how do you undo what you’ve already done?”

The British government acknowledged on Tuesday that it may end up paying out as much as £3.5 billion of taxpayer funds in fraudulent or wrong claims for its job retention scheme, which covers up to 80% of an employee’s salary while they are on furlough. That’s the equivalent of 10% of all the money disbursed by the furlough program by mid-August.

“We have made an assumption for the purposes of our planning that the error and fraud rate in this scheme could be between 5% and 10%,” Jim Harra, the top civil servant at HM Revenue & Customs (HMRC), told members of parliaments on the Public Accounts Committee, adding that an academic study had estimated that the level of fraud and error could be even higher than 10%.

The jobs retention program is not the only British stimulus program that’s proven to be susceptible to fraud. The Bounce Back Loan program, which was launched to help small businesses survive the lockdown and its lingering aftermath, has been exploited by a minority of applicants to buy luxury cars, property or even premium bonds.

One of the reasons this is happening is that the loans are self-certified, so that they can be granted within 24 hours. They are also fully guaranteed by the State, meaning that banks are not liable for any unpaid debts and are therefore quite happy to release the funds with little in the way of background checks. Much of the debt — 40%-50% according to the Financial Times — will never be repaid, since many of the businesses will collapse.

The program has so far disbursed £31 billion to 1 million small businesses — roughly a fifth of the estimated 5 million registered businesses. The vast majority of these businesses had perfectly legitimate claims to the loans. With the economy brought to a virtual standstill by the government-imposed lockdown, they needed money as quickly as possible. But in all the haste to get credit flowing, juicy opportunities were created for fraudsters to fill the pockets along the way for fraudsters to also fill their pockets.

In July, the Policy Exchange think tank warned that fraud and error could set the government back between £1.3 billion and £7.9 billion. The think tank said the government’s financial rescue scheme was prone to abuse and scams due to the sheer scale of the loan program as well as the speed at which measures were rushed through.

Governments all over the world are beginning to admit that a considerable part of their unprecedented stimulus programs has been dished out on fraudulent or incorrect claims.

In the U.S., a report authored by House Democrats last week warned that $3 billion of the funds rolled out in the taxpayer-funded Paycheck Protection Program (PPP) program went to businesses that had been flagged as potentially problematic by the government. Some applicants received multiple loans — in violation of the program’s rules.

Three billion dollars may seem like a drop in the ocean compared to the $525 billion thus far disbursed by the program, but it could be just the tip of the iceberg. For the moment, there’s little way of knowing, since the Small Business Administration (SBA) and the Treasury Department only manually audit PPP loans of more than $2 million, which account for less than 1% of all the loans approved.

Court records for the fraud schemes uncovered thus far outline how some opportunistic individuals wired money ostensibly intended to fund their payrolls to their personal accounts or those of friends and family. Others splashed out on luxury jewelry, cars and property, while some hoarded bundles of cash or frittered away thousands in PPP funds on strip clubs or in gambling joints.

Questions are now being asked about private banks’ apparent failure to administer the loans. The PPP loans are 100% guaranteed by the State. As such, the banks themselves have zero liability and as such little incentive in ensuring that the loan recipient is credit worthy or even whether their claim appears to be legitimate.

No one has played a bigger role in dishing out PPP loans than America’s biggest bank, JPMorgan Chase, which has issued around 280,000 loans totaling more than $29 billion. In a memo to staff, senior management said they had uncovered “instances of customers misusing PPP Loans, unemployment benefits and other government programs” and that some “employees have fallen short, too.” The firm said the incidents “may even be illegal.”

Another country where concerns have been voiced about stimulus-related fraud is Switzerland, where over 400 criminal proceedings have so far been launched against company executives, often for overstating their company’s turnover in order to receive a bigger loan. Roughly one out of every 300 loans issued is currently suspected of fraud, though that number could rise in the coming months.

In Italy fears are rising that the mafia is finding new innovative ways of tapping the government’s stimulus funds. Given that an estimated 40% of businesses were considered to be at risk of bankruptcy due to the coronavirus crisis, according to the National Institute of Statistics, money had to be injected into the economy as quickly as possible. That meant that the normal anti-mafia checks were jettisoned.

The onus is now on stepping up control efforts after the funds are released. But recovering funds after they’ve been disbursed is a lot harder than checking for fraud before releasing them, says Anna Sergi, a professor at the University of Essex who specializes in organized crime: “If you discover at a later stage that there was Mafia involvement, how do you undo what you’ve already done?”

Back in the UK, a big problem is opacity. The government refuses to disclose the recipients of £52 billion of state-funded coronavirus business loans, including the 516 large companies that received £3.5 billion between them. Without full disclosure, says the editor of The Guardian, the public has no idea whether the money, which is essentially theirs, went to “politically connected insiders”, “firms with thin trading histories or directors previously convicted of fraud”, or whether it ended up in a tax haven.

The Bank of England has been a little more forthcoming about the identity of the 63 companies it has lent more than £17 billion to as part of its Coronavirus Corporate Financing Facility (CCFF). Close to 30% of the money disbursed went to firms that are owned by a tax haven company or a tax exile, or are themselves incorporated in a tax haven, according to the investigative thinktank Taxwatch UK.

The recipients also include American oil giant Schlumberger, which was fined $237 million in 2015 for knowingly violating sanctions against Iran and Sudan, and Chemring, a UK arms company that is under criminal investigation by the Serious Fraud Office for bribery, corruption and money laundering. As confirmed by the SFO website, this is still an ongoing investigation. But Chemring was able to pick up a £50-million loan from the BoE.

In this “new normal” pandemic economy, fraud is exploding at all levels. With central banks and governments creating new money in unprecedented volumes and then releasing it into the economy as fast as they can, with little in the way of checks and balances and, in some cases, virtually no transparency, it’s hardly any surprise.