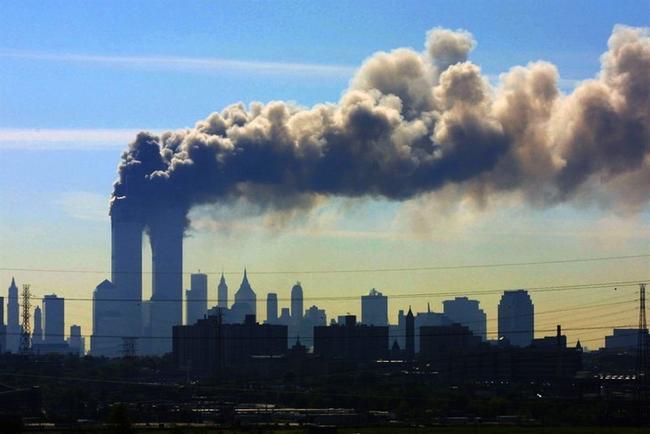 
Authored by Stephen Kruiser via PJMedia.com,

As America navigates – none too gracefully – these trying times we now pause for a day to remember a different kind of trying time. A horrific time.

The United States of America has been through a lot of rough stuff in its relatively short history as the greatest nation on Earth. People are fond of saying that we are more divided now than ever before. If we were able to ask anyone who lived through the Civil War I’m fairly certain they’d disagree.

Comparing a nation’s struggles from different eras is silly. What the hell do I know about what the WWII generation went through? Heck, I was a kid when we were in Vietnam and all of the civil unrest that was raging here at home and I barely remember any of that.

My adult daughter doesn’t remember 9/11 because she was very young that day. Those of us who weren’t very young still feel like it was yesterday almost two decades later.

The greatest nation on Earth isn’t used to being attacked at home. Like the attack on Pearl Harbor, 9/11 shocked, then united, then galvanized America. However briefly, we behaved like the United States of America.

As I look around America in 2020 I wonder how we would react to another 9/11 if, God forbid, something like that happened again soon. It’s difficult to imagine that kind of unity again, especially when the progressive idiots view patriotism and unity as toxic nationalism. We may not be as fractured as we were during the Civil War but, let’s be honest, we’re pretty beat up internally at the moment.

The wounds are all self-inflicted during this time of trial, which makes it worse. Sure, we can focus on coronavirus as an “enemy,” but it’s not the virus that’s setting our cities on fire.

It’s a terrible fact of the human condition that it usually takes some unforeseen tragedy to bring us together. I’m not so sure 2020 America has the coping skills even in that kind of situation. Of course, I pray we never have to find out.

Because the plague has to ruin everything, there won’t be a live reading of the victims’ names at the 9/11 Memorial this year. There will be a recorded recitation, but that seems a bit sterile and disrespectful. The science-free social distance Kabuki theater must go on, however.

It goes without saying that the horror of that day must never be forgotten. America is now facing the rise of a political force that would seek to rewrite history. This is a national tragedy that can’t be purged easily, but they will attempt to alter it as much as possible.

Their families will forever grieve. America needs to never forget and to continue to pray for the victims of 9/11. Maybe that shared remembrance can heal our current situation just a little…