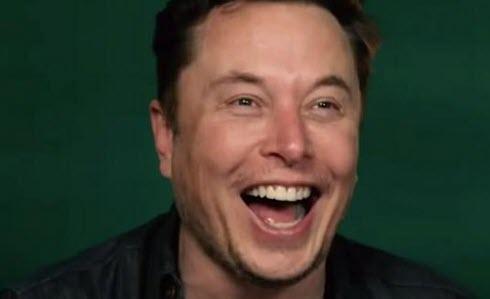 
We have documented over the last month the billions of dollars in compensation Tesla CEO Elon Musk has received as a result of – not production goals – but compensation awards tied to metrics like market cap, EBITDA, and basically the company’s stock price going up.

Days ago we noted Musk had earned $9 billion in compensation in just 3 years, despite the ongoing mystery of Tesla’s historic stock rise and the company running a $6 billion accumulated deficit at the same time.

Much of the company’s recent stock rise has been attributed to chatter about the company being placed in the S&P 500 index. When Tesla was snubbed for inclusion in the index last Friday, the stock fell more than 20% from its highs. And now, as Charley Grant of the Wall Street Journal points out, it may be Musk’s compensation that disqualifies Tesla from future inclusion.

New expenses associated with GAAP accounting for Musk’s compensation could threaten the four consecutive quarters of profitability that the company needs to qualify for inclusion into the S&P 500. Those rules state that there must be a GAAP profit in the most recent quarter and cumulative profitability over the previous four quarters, Grant writes.

Tesla had acknowledged some of Musk’s bonuses in the past, but they had been so small in nature that they allowed the company to still post a small GAAP profit. Now, with the company’s market capitalization having risen almost 10x off its 2 year lows, it could wind up costing Tesla shareholders more.

“A third-quarter net loss of just $226 million would put Tesla in the red over the past four quarters. Given the size of the options awards and the recent gains in Tesla’s share price, a billion-dollar quarterly compensation expense is within the realm of possibility.”

We noted last week that in a matter of less than 36 months after Musk’s pay plan was put into place – a pay plan that had a 10 year runway – the CEO has amazingly hit milestones that have qualified him for billions of dollars in stock options.

With the stock’s recent performance, Musk qualifies for another 8.44 million in stock options, which he will add to the 16.9 million in options he unlocked in may and July, we noted.

His latest tranche was unlocked after Tesla’s 6-month and 30-day average trailing market value both exceeded $200 billion. Another performance goal — logging a combined $3 billion of adjusted earnings before interest, taxes, depreciation and amortization topping $3 billion over four quarters — was achieved as of June 30, a filing shows.

Meanwhile, the same report revealed that the average Tesla employee made a median pay of $58,455 last year.

Many who were critical of Musk’s compensation plan said it offered little incentive for the company to reach profitability, only to grow in size of market cap. Back in 2018, even the New York Times called Musk hitting his pay plan goals “laughably impossible”.

But instead, Musk did it. And he did it in less than three years. And for a stunning comparison, while Musk was taking in $9 billion in compensation, Tesla was adding to a $6 billion accumulated earnings deficit.