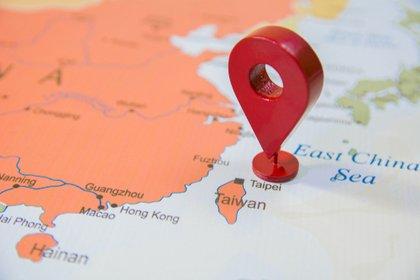 
For the second day in a row, on Thursday, Chinese military aircraft entered Taiwan’s air defense identification zone (ADIZ), according to an Al Jazeera report.

Taiwan was forced to scramble fighter jets as Chinese warplanes breached the air defense buffer zone off its south-western coast.

Taiwan’s defense ministry urged China to stop “destroying regional peace” as tensions in the unstable Taiwan Strait continue to ramp up ahead of the US presidential election on Nov. 3.

“The defense ministry once again urged the Chinese Communist Party must not to repeatedly destroy regional peace and stability,” the Taiwanese defense ministry said, adding that the ADIZ breach by Chinese warplanes triggered hostility among the people of Taiwan.

Beijing claims Taiwan as “sacred” territory and threatens to invade the country if it refuses to unify with Mainland China.

Taiwan President Tsai Ing-wen warned in late August of accidental conflict could occur in the Taiwan Strait, or the South China Sea, as China and the US have ramped up warship sails in both regions.

When it comes to relations between China and the US, well, readers know Sino-US relations are at multi-decade lows as mistrust over the virus pandemic, unfair trade, and disputes over Hong Kong, the South China Sea, and Taiwan have fueled the geopolitical fire. It’s even to the point, President Trump called for economic decoupling of the US and Chinese economies on Monday (Sept. 7).

“So when you mention the word decouple, it’s an interesting word,” Trump  said earlier this week, at a White House news conference, and added:

To make matters worse, Taiwan recently signed a deal to purchase fighter jets from Lockheed Martin as concerns of a hot conflict could be on the horizon.

Last November, Taiwan warned that the threat of a Chinese invasion would increase if Beijing could not stabilize its economy. Fast forward today, the global economy continues to falter and the downturn could last for years – opening up the idea that a regional war could develop to mask China’s economic slide.

China’s growing military presence in the Taiwan Strait, the South China Sea, the East China Sea, and the Philippine Sea continues to suggest regional tensions will increase this year.