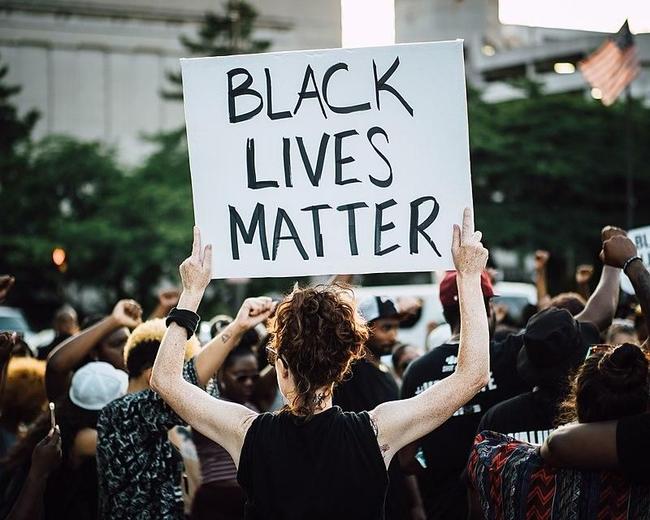 
Authored by Tim Kirby via The Strategic Culture Foundation,

If there is one expression that has defined the political arguments of 2020 it is Black Lives Matter and its many derivatives like All Lives Matter, Blue Lives Matter and so on. But why is this the case? There is something in these statements that is very powerful, political and deeply ideological. Something about this reasoning is very effective. So, let’s take a look at its internal mechanics.

When people scream Black Lives Matter what do they really mean and why this particular wording has dominated recent political discourse?

Image: Just what exactly would lives “mattering” look like?

A Utopian Statement and the Dangers of Utopian Thinking

The first question we should ask is at what point someone’s life begins to matter to us. What does this “mattering” amount to? For something to matter to someone it has to be of enough importance to dedicate time/action/resources to it. If someone owns a dog (a non-human thus neutral entity to discuss) then providing it with food, time for interaction, and some degree of medical care would show that this dog’s life matters to its owner. If someone just leaves their animal on a chain outside in winter, throwing it the occasional rotting loaf of bread, then it would seem to not matter very much. Then again perhaps compared to being abandoned in the woods life on the chain might not be so bad for it.

But if we look beyond the individual dog owner, then all the millions of dogs in far off lands that live very well or conversely are eaten for meat do not matter because there is no means by which one could possibly somehow be supportive of all canines around the globe.

The dog owner could delude himself into thinking that by sharing videos about the evils of that dog meat festival he is somehow caring for all of man’s best friends planetwide. Perhaps hitting “share” is more than doing nothing, but anything seems massive when compared to absolute zero. The dog owner can provide care for his dog which is within the scope of his direct influence, he simply cannot exert concerned action across the entire Earth’s dog population.

One could argue that the above example doesn’t apply because governments can have influence over the lives of their subjects universally. The State can and does have vastly more power, wealth, resources and the ability to change lives than any one individual. So can a massive entity like the U.S. government with its millions of employed minds in theory make every dog’s life matter?

Apparently not, because all the efforts made by the government to solve problems x, y, and z, although they may improve the situation, never truly solve them. There has never been a moment in human existence where the U.S. government was able to care for every member of a certain group to the extent that a pet owner looks after their furry friend. Governments try to solve problems with law, bureaucracy and some occasional carrots and sticks. These are Technocratic Approaches which on their surface show some level of concern for a specific issue. But has any law ever proven beyond a reasonable doubt that XXX Lives Matter?

It is impossible for all lives of any large group to matter, it is not the way our minds or government works. As the quantity of faces grows in any group their names start to fade and they blur into a statistical mass. This is where the whole “One man’s death is a tragedy…” logic comes from.

Firstly, Utopian thinking sounds like another word for good-hearted optimism or hopefulness for the future, but it has a dark side. When one is sure that paradise can be achieved on Earth, then any barriers in the way of progress towards perfection can and must be crushed. You have to crack a few eggs to make a Utopian omelette. The French Revolutionaries, were sure that if they just got rid of the nobility everything would work out, The Russian Revolutionaries were sure that if they deleted the Kulaks from history then a Communist Utopia would start, and we all Know what Nazi Germany’s “Final Solution” entailed. When we believe in an impossibly idyllic state of existence we can often fall prey to Extremism as a means to achieve it.

Regarding the second point, if we look at the demands of Color Revolutionaries they are always vague. They usually revolve around freedom or ending repression or something else that is abstract and hard to measure. Somehow in the country that Washington does not like X situation is happening and must be resolved, the current regime is the cause of X or cannot stop it and must be removed so this X issue can be settled. The key to this equation is making X impossible like giving everyone freedom or convincing a group of millions that their lives will matter, all you need to do is get in a new leader by hook or by crook.

Furthermore, when one screams that certain lives matter they are trying to assert a dominant narrative. When someone says Black Lives Matter this ranges from a firm belief that Blacks in America are not living the American Dream on equal footing to a full-blown Cultural Marxist view that Blacks are inherently the victims of some sort of colonial racial hierarchy. When someone in their MAGA hat yells out that Blue Lives Matter they are basically saying that they are a Statist and the State is good. This person despite their “Don’t Tread on Me” and “Taxation is Theft” bumper stickers believes deep down that the authorities that rule over them are not only good but generally benevolent and that you should just submit to power like they do. These two examples are derived from very different narratives about what has and is happening in America.

It Cannot Be Denied

As a lad of America’s Rust Belt I would argue that the death of decent paying medium-skilled jobs especially those at factories are a core issue for race relations in my hometown. It was a lot easier to get along when Blacks and Whites went to factory jobs together, got the same salaries, had face-to-face interactions and felt stability in their lives. If Black Lives Matter why does employment rarely come up as an issue and if it does it is only in terms of “Affirmative Action” which only furthers racial stress?

And the Ideological Weapon of the Year Award goes to…