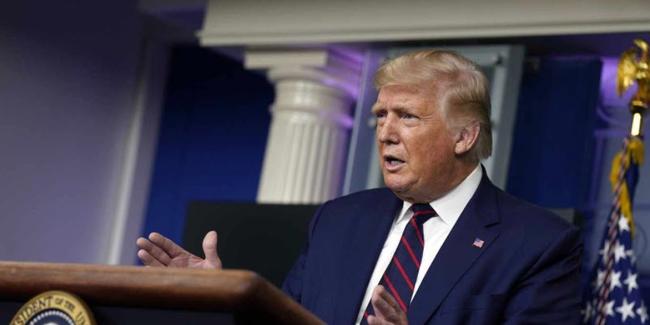 
Authored by Philip Wegmann via RealClearPolitics.com,

On a Friday evening and as November looms, the White House has opened another front in the culture war.

At the direction of the president, the Office of Management and Budget is ordering all federal agencies to “cease and desist” any government training programs that include any reference to “critical race theory” or “white privilege,” RealClearPolitics has exclusively learned.

The theory has long been in vogue within academics. Trump now seeks to root it out within the administrative state.

Among the ideas underpinning CRT, now formally condemned by the White House, is that the law and all accompanying legal institutions are inherently racist, and that race itself has no biological grounds. The concept of ethnicity is, instead, the product of a white society that uses systems and institutions to advance its own interests at the expense of minorities.

Why does this academic thesis matter? Because it drives government action. And because, during this summer of unrest following George Floyd’s death at the hands of a Minneapolis police officer, the president has been asked numerous times if he believes that systemic racism is a problem in America. His answer has been no, and a clearer picture of his thinking comes in the form of a memo authored by OMB Director Russ Vought.

“It has come to the President’s attention that Executive Branch agencies have spent millions of taxpayer dollars to date ‘training’ government workers to believe divisive, anti-American propaganda,” Vought writes in the memo, obtained first by RCP.

“For example, according to press reports, employees across the Executive Branch have been required to attend trainings where they are told that ‘virtually all White people contribute to racism’ or where they are required to say that they ‘benefit from racism,’” he continued.

As the country grapples with questions of race and equality in policing, Trump has ordered that any programing relating to “white privilege” end immediately. According to the White House, such ideas are “divisive, anti-American propaganda.”

The crossover between academic theory and federal work training programs, Vought writes, is “counter to the fundamental beliefs for which our nation has stood since its inception” and also “engenders division and resentment within the federal workforce.”

“We cannot accept our employees receiving training that seeks to undercut our core values as Americans and drive division within our workforce,” the memo to all federal agencies reads.

Agencies are instructed to identify any contracts or agency spending that funds programs teaching federal employees about critical race theory and/or white privilege. This includes, RCP has learned, any effort to teach or suggest that either “the United States is an inherently racist or evil country” or that “any race or ethnicity is inherently racist or evil.”

The memo comes after complaints have surfaced about government-led initiatives that seek to correct long-standing beliefs on race that have recently been deemed offensive. As Fox News reports, NASA announced that it would strip all references to phrases such as the “Eskimo Nebula” and the “Siamese Twins Galaxy.” And earlier in the year, the National Museum of African American History & Culture was publicly ridiculed for a graphic that related such concepts as the “nuclear family” and “self-reliance” to so-called white culture.

Former Vice President Joe Biden has made combating systemic racism a part of his campaign, and he has released a detailed plan to carry out that mission.

“It is about justice,” Biden said in July.

“For generations, Americans who are Black, brown, Native American, immigrant, haven’t always been fully included in our democracy or our economy.”

The White House counters that Trump is committed to fair and equal opportunity and treatment for all citizens. The president is not, however, willing to say that power structures within the country, or that the nation itself, is racist.

“The President has a proven track record of standing for those whose voice has long been ignored and who have failed to benefit from all our country has to offer, and he intends to continue to support all Americans, regardless of race, religion, or creed,” Vought writes.

“The divisive, false, and demeaning propaganda of the critical race theory movement is contrary to all we stand for as Americans and should have no place in the Federal government,” he concluded.

Why Morgan Stanley Is Finding Shelter In IG Credit