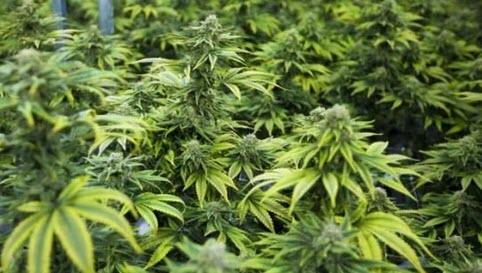 
At the same time Democrats are trying to put a woman second in line for the Presidency who has a scorching record of jailing over 1,500 people for marijuana violations in barely 5 years as California DA, the U.S. House of Representatives appears to have a different outlook.

The House is now planning for a September vote on The Marijuana Opportunity, Reinvestment, and Expungement Act, which be be a historic bill decriminalizing marijuana at the federal level by removing it from the Controlled Substances Act, according to Fox 29. The bill would “give control to the states to determine the drug’s status and whether to vote to legalize the drug.”

The vote would mark the first time a congressional chamber has chose to remove cannabis from a prohibitive classification. It is currently a Schedule I drug under the Controlled Substances Act, along with drugs like Heroin and ecstasy, which means it is defined as having “no currently accepted medical use and a high potential for abuse.”

The act could also stand at stark odds with Kamala Harris’ past work as California DA, as it “requires federal courts to expunge prior marijuana-related convictions and arrests.” The bill authorizes a 5% sales tax on marijuana to create the “Opportunity Trust Fund”, which will be used to support people who “have been adversely affected by the War on Drugs.”

The bill also limits barriers to marijuana licensing and employment. It was introduced on the floor by Kamala Harris’ fellow Democrat, Jerry Nadler, in 2019. It would still need to pass the Senate.