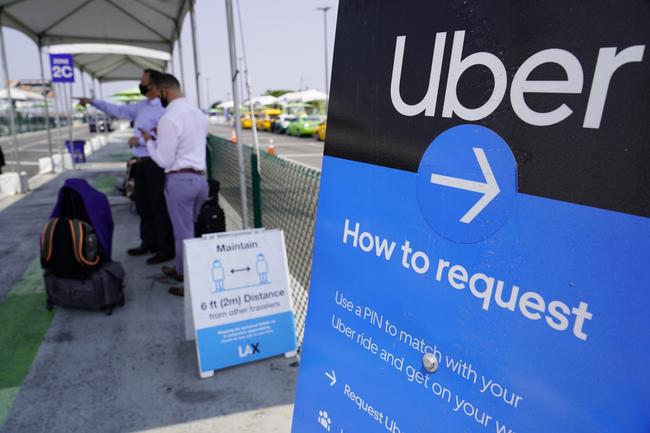 Authored by Gerard Scimeca via RealClearMarkets.com,

If our current economy were a swimmer paddling furiously against a surging tide, then California is determined to hand it an anchor. Millions of Americans who work to make ends meet through freelance work in the ‘gig’ economy were recently handed virtual pink slips through AB5, legislation signed into law last year by Governor Gavin Newsom forcing independent contractors to be treated as employees.

With other states now looking to follow suit, it’s time Congress address this atrocious assault on worker freedoms and economic innovation by enacting federal standards on independent contract work. It would be a shallow victory for our economy to rebound from Covid only to have workers tossed out of their freelance jobs by clueless politicians seeking to “protect” their rights.

It should surprise no one that AB5 set in motion a massive economic wrecking ball that already has rideshare giants Uber and Lyft packing their bags to leave the state. Requiring contract workers to be treated as full-fledged employees in California or any state will of course make dozens of similar gig platforms unprofitable, in effect deleting apps right off our phones. A court’s temporary pause of AB5 last week is now holding worker jobs by a thread, causing Uber and Lyft to temporarily suspend plans to leave the state. If the ruling doesn’t hold, over 200,000 freelance workers will be driven out of work and millions of consumers will be left on the side of the road.

It is startling that in today’s modern economy California would even attempt such a clampdown. The one-size-fits-all model of employee-employer relationship is a relic of the distant past. More than a third of the U.S. workforce is currently employed as either full or part-time freelancers. This is no longer an employment niche but a pillar of our current economy. Freelancers earn good money, often sizably more than their employee counterparts. And despite the complaints of some interventionist lawmakers, workers themselves are quite content with the freedom their work offers. In one recent survey, 71 percent claimed increased work opportunities over the previous year.

It is concerning that other states, including New Jersey, New York, and Illinois are considering similar legislation, which is why federal action is required, both to protect part-time, contract workers and set a uniform standard for their employment. The app-driven and freelance gig economy contributes $1.4 trillion in annual value to our nation, and this critical economic engine, along with the people who fuel it, require clear standards that will protect contract workers’ rights as well as set clear terms for companies that employ them.

Consider that when a person loses a job at the loading dock, or a company downsizes, there is at least some comfort that opportunity through the freelance economy has never been greater. Regardless of education or skill level, almost any person can earn income to pay the mortgage, keep the lights on, or food on the table. Smartphone apps provide almost any service one can imagine, with new offerings arising every day. The modern economy offers an entirely new model of worker freedom that is highly correlated with economic growth. In just over a decade technology has made it possible for people to create a studio quality movie with just a phone, or publish a book with just a computer. The obstacles and costly impediments to free-enterprise such as overhead, equipment, physical location, labor, and start-up capital are now gone. People are truly free to exchange their labor and their talents on their terms, to the benefit not of just themselves and their customers, but to our economic vital signs.

At its heart the gig economy is a repudiation of government interventionism and a corporate structure where companies held all the power. Turning freelance workers into employees erases all the gains workers have made with regard to their freedom to contract and puts them squarely back in the proverbial corporate cubicle.

And the economic harm of these ludicrous laws goes far beyond the gig economy itself. Consider a young family contemplating a new auto purchase. The car may be financially out of reach given their nine-to-five salaries, but the payments quickly become affordable when the buyers supplement their income through freelance rideshare work. Similar transactions multiplied throughout the economy are critical to our recovery. Further, who will develop the “killer apps” of tomorrow if developers know workers will be priced out of the market? A hit to our tech sector is yet another broadside America cannot afford.

Despite what California or any state may claim, these laws don’t help the “little guy,” they hurt average workers, they hurt consumers, and they hurt our economy when all of us can least afford it. A tremendous engine of growth, the rapidly growing app and gig economy will be taxed to its knees if these employee mandates spread throughout the country, a fact that should concern us all. Who knows what apps that are now part of our daily lives would never have seen the light of day had these crippling rules been in place years ago? It’s time for federal legislation to protect us from rogue lawmakers who will turn back the clock on consumer freedoms and worker rights, and force America to hitchhike to economic recovery.