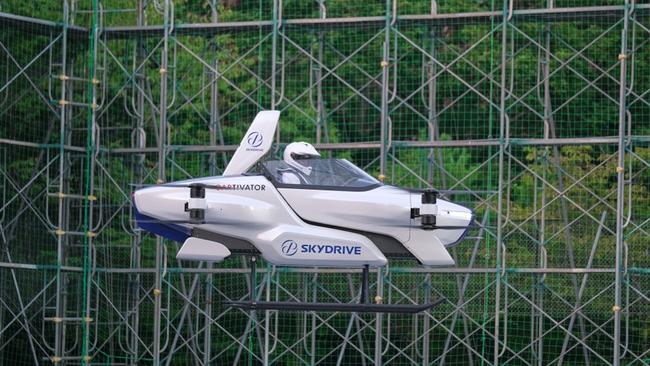 
By the passing year, it becomes more and more plausible that by the end of the decade, some of us will be driving flying automobiles, or at least vertical takeoff and landing (VTOL) vehicles.

What’s making headlines at the end of this week is Tokyo-based SkyDrive’s latest test of a one-seater VTOL vehicle taking off and hovering six-feet above the ground for at least five minutes, reported Bloomberg.

The reason why the press covered the event is that it was SkyDrive’s first human-crewed flight with the SD-03 model, as well as, the startup is backed by Toyota. A prototype two-seater version is set to debut by 2023 and could be used as a taxi service in Tokyo and Osaka.

The SD-03 model is capable of flying at low speeds for 5-10 minutes. The commercial version that will debut in a few years is expected to have a flight duration of 30 minutes with speeds up to 40 mph.

And it’s entirely plausible, by the end of the decade, we’ll all be, or at least the ones who still have the economic mobility to do so, be flying around in VTOL vehicles, something that reminds us of the popular 1960s animated sitcom “The Jetsons.”