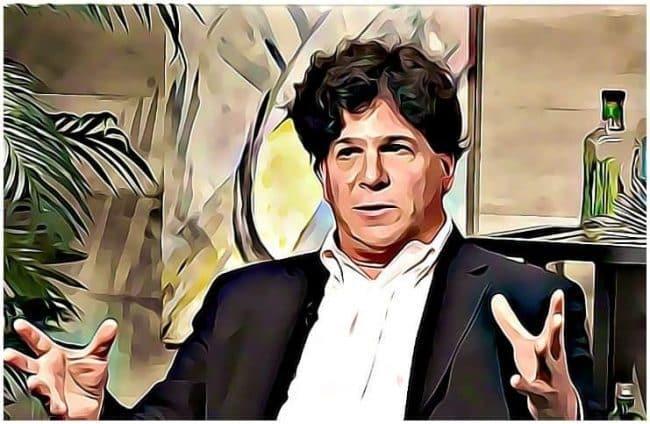 
Two weeks ago, Thiel Capital Managing Director Eric Weinstein, a Democrat, was crucified by the left for suggesting that “A surprising number of Left-leaning people are confiding to me that they are planning to vote for Trump” due to Biden’s mental decline, and leftist leaders experimenting with ‘non-policing.’

Now, with the polling gap between Trump and Biden narrowing following two weeks of violent anti-police protests (and Biden’s mental decline on full display), Weinstein is back with an epic “told ya,” while further opining on why Democrats’ pursuit of wokeism is likely to hand President Trump a victory in November.

Keep in mind, Weinstein wants to fix his party – not cheerlead for Trump.

Jumping right into it:

Well, that lead in the polls narrowed. And I believe a lot of it is this forced thinking that is being pushed on folks.

I’m sure if I told you that I talk to Black friends who HATE BLM for its racism, Marxism and divisiveness, I will be told that they don’t exist.

Continued below… (emphasis ours)

Let me try again. We the Democrats are correct that Trump is a bullshitter. But here is what we don’t get: Bullshitting doesn’t automatically lose if you choose Gaslighting as a strategy.

And somehow we the Democrats have become the party of Gaslighting.

What this is shaping up as is a bizarre “Choose your own apocalypse!” Vote.

And people have *private* trauma here which determines which they fear most. Dems with Gaslighting trauma are now going to break away.

Trump is a self serving bullshitter bull in a China shop. His lies aren’t even intended to fool you. He doesn’t think he owes the press the truth. Life is what you can negotiate to him.

But his bizarre bullshitting is out in the open.

The Democrats on the other hand are hiding.

Can one even ask the questions:

“Is BLM and its leadership Marxist and racist?”

“What do we make of the George Floyd Body-cam footage?”

“Does ANTIFA exist as a violent organization?”

Well this is not keeping a big tent together. This is gaslighting.

Can someone please explain to me how this works? We are willing to spend all credibility to defend what can be INSTANTLY invalidated. Who came up with this policy, why does it exist, and how is anyone able to maintain it without deviating from the script?pic.twitter.com/K4RFozkQde

‘We the Left’ are not our Democratic Party leadership. And we never signed up with a blood oath to gaslight our Republican rivals for two reasons:

B) It is the one thing that is most likely to get us four more years of Donald Trump.

Gaslighting is a losing game.🙏