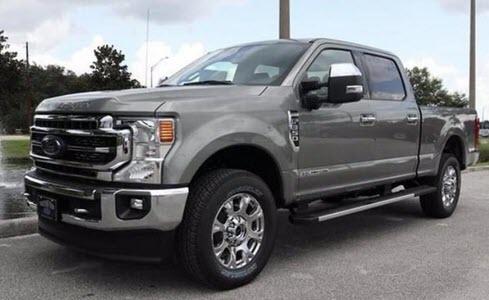 
The rising price of Ford pickup trucks in the U.S. is nothing compared to what Australians now have to pay to get one of the iconic pickups in their country. Premiums on imported Ford pickup trucks can now be as much as $60,000 above the sticker price, according to a new report by Ford Authority.

Since importing is the only option to get Ford trucks in Australia, where they are no Ford dealerships, a new Ford Super Duty or F-150 is likely to be marked up significantly, the report says.

As of now, the Ford Ranger is the only model pickup that is available widely in Australia without an import premium. But for those that want a medium duty or heavy duty truck – prospective owners will have to ask if paying a nearly $60,000 Australian dollar premium is worth it.

Meanwhile, imports from Europe could become fewer and further between, as we reported days ago that Ford was planning on slashing 10,000 jobs and closing 6 factories in Europe.

This news came days after it was announced that Ford would be replacing its CEO on relatively short notice. Ford said last month it had tapped Jim Farley to replace a relatively still-newly appointed Jim Hackett as CEO. Hackett replaced former CEO Mark Fields and, for the most part, has failed to inspire confidence during his tenure at Ford.