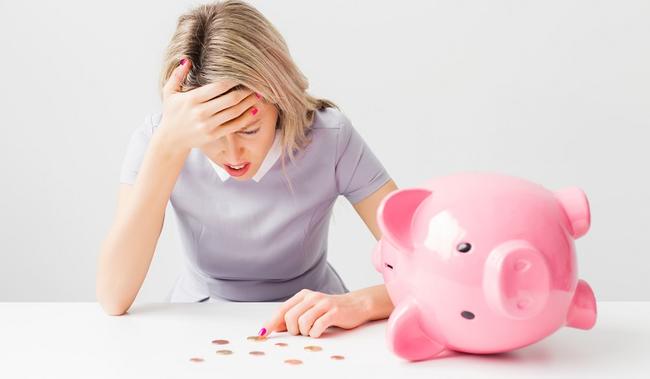 
A new survey via CNBC and Acorns Invest commissioned by SurveyMonkey, found that the virus-induced recession wiped out 14% or about 46 million American’s emergency savings.

About 17% had to tap into emergency savings to cover living expenses, 11% had to borrow money to cover everyday expenses, 6% stopped contributing to 401(k) or other retirement accounts, and 5% asked for rent relief.

The survey of more than 5,400 adults in August found that older millennials depleted their emergency savings the most. About 26% of those aged 25 to 34 said their savings had been drained as they struggled to survive the downturn. Only 6% of boomers drained savings; they’ve been through multiple boom/bust cycles and understand the importance of saving for a rainy day. Unlike millennials who have only been through one recession.

The survey’s findings outline a similar message from former Federal Reserve Chair Janet Yellen last week, where she warned in an op-ed, published in The New York Times, that millions of Americans are suffering. She said monetary policy by itself could not save the economy from the downturn, and the solution will require additional rounds of fiscal stimulus to thwart a deepening fiscal cliff.

The virus-induced recession has caused unprecedented economic damage, while more than 30 million American’s are collecting unemployment benefits. The labor market recovery has stalled as the Fed’s new policy to raise the inflation target above 2% will result in a higher cost of living for tens of millions broke, jobless Americans.

What’s even more stunning is that a quarter of all personal income is derived from the government.

This merely underscores the uneven, or K-shaped nature of the the recovery: where the political elites and ultra-wealthy were bailed out by the Fed, while millions of serfs, i.e., low-income folks, have (almost) completely run out of savings, depleted stimulus funds, and some can no longer afford food as the fiscal cliff  hits the 31 day mark on Tuesday.

Congress and the Fed better beware: stress low-income households enough, they will eventually assemble and revolt, striking at the one building that has so far avoided the protesters’ focus: the Marriner Eccles building.