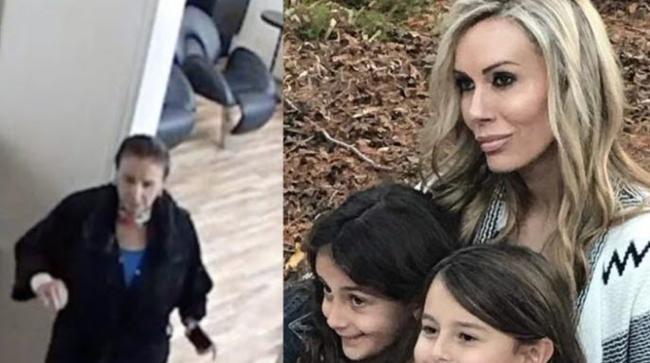 
Despite the desperate efforts of the mainstream media and the left’s propaganda artists to suppress the story exposing House Speaker Nancy Pelosi’s “blow-outs for me, but not for thee” caught-in-the-act hair salon visit, she has been forced to make a public statement and face the media this afternoon to “explain.”

“I take responsibility for trusting the word of a neighborhood salon that I’ve been to over the years many times,” Pelosi told reporters on Wednesday.

“When they said they were able to accommodate people one person at a time, I trusted that. As it turns out, it was a setup.”

She then slurred out some anti-Trump “but but but Trump killed hundreds of thousands” talking points that were handed her to on a paper note from an assistant before an intrepid reporter pressed the matter to which she angrily snapped:

“I said, I said I’m not gonna answer. That’s all I’m gonna do! Do you have any questions about the fact that people are dying?!”

Pelosi even had the audacity to claim that she had “been inundated by calls from people who work in the hair industry who have ‘thanked me for bringing attention to this issue’.”

The full, brief presser is below:

Speaker Pelosi, after getting hair done during coronavirus lockdown says it was a “setup” & salon owner owes her an apology.

“I said, I said I’m not gonna answer. That’s all I’m gonna do! Do you have any questions about the fact that people are dying?!”

Social media lit up as one might imagine with this disingenuous garbage.

follow this – @SpeakerPelosi goes to a closed salon that no one else can go to and doesn’t wear a mask ….and she says the salon owes HER an apology…using her logic, next she’ll go to a restaurant and demand they pay for the meal https://t.co/NHuXnCuEwD

I can’t believe that evil salon owner who revealed that Nancy Pelosi doesn’t believe in this Chinese coronavirus nonsense.

“So look, Nancy Pelosi has done so much for this city and even this country and in the midst of this pandemic and all the stuff that’s happening amidst this election, she is in Washington D.C. fighting against a tyrant every single day,” Breed said.

“We need to be focused on the issues and the fact that over 180,000 people have died in this country and we have a president that continues to divide us.

“That’s what we should be talking about.”

Finally, and most typically disgusting for the new normal,  Erica Kious, a single mother of two and owner of eSalon the owner of the salon has been forced to shut down and relocate her business and family due to outrage and threats she is receiving.

A GoFundMe page has been created to help.

We hope the ‘compassionate’ and ‘tolerant’ Pelosi will disavow this action being taken by her followers.

Rules for thee but not for me. pic.twitter.com/XcwRxf5PsW

Dinesh D’Souza gets the last word as he sums the whole farcical situation up rather succinctly:

The true lesson of Nancy Pelosi’s salon visit isn’t just hypocrisy. It’s that she and other Democrats want to create a two-tier society with one set of rules for them and another for us second-class citizens pic.twitter.com/FAf71lGov8