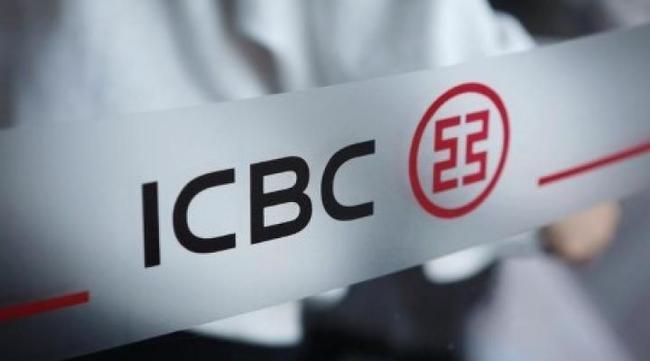 
First it was US banks. Now it’s China’s turn.

Not long after the Big Four banks, and the US financial sector in general, reported the biggest jump in loan loss provisions following the covid crisis as millions of unemployed workers simply stopped paying down their debt, rent, car, phone and utility payments, which sent loss reserve among the megabanks to a near record $33 billion…

… it is now China’s turn to go through the same pain, with Reuters and Bloomberg reporting that China’s largest state-owned banks are bracing for a surge in bad debt and increased margin pressure in the months ahead as forbearance policies designed to give borrowers breathing space during the coronavirus crisis expire (similar to the US). And as Chinese banks set aside record amounts to counter an eruption of bad debt, they posted their worst profit declines in more than a decade as the government called on these state-owned enterprises to help backstop the slumping economy, while putting pressure on plans to pay dividends next year. Profit at Industrial & Commercial Bank of China, the world’s largest lender by assets, China Construction Bank Corp., the second-largest, Agricultural Bank of China and Bank of China dropped by at least 10% in the first half as loan loss provisions jumped between 27% and 97% at the four banks.

In total, China’s more than 1,000 commercial banks posted a 24% decline in second quarter profits, with non-performing loans hitting a record 2.7 trillion yuan, resulting in an official average non-performing loan ratio for commercial banks of 1.94%, the highest since 2009. While it was unclear what the real NPL ratio is, some estimates have pegged it at 5-10x more than the official numbers.

Non-performing loan (NPL) ratios rose at the big five banks during the reporting period, with ICBC’s increasing to 1.5% by the end of June from 1.43% three months earlier, and that of CCB rising by 0.07 percentage points in second quarter to 1.49%.

This lead to a spike in Q2 loan-loss provisions which jumped 61% to 436% compared to the same period last year at ICBC, CCB, AgBank and BoC, data from China International Capital Corp showed. Meanwhile, as in the US, the crater in first-half profit was mostly due to provisioning ordered by regulators, CICC said, noting that second-quarter profit growth would otherwise have been 1.5% to 5.1% for those four lenders.

“The external challenges in the second half are unprecedented,” Bank of China President Wang Jiang told Reuters on Monday.

The bank’s gloomy forecasts highlight the devastating impact of the pandemic and the economic slowdown on China’s banks, despite Beijing’s best attempts to pretend it was “but a scratch” and brush the slowdown under the rug. If the plunge in profit wasn’t enough, the same banks have been asked by Beijing to step up and lend to flagging sectors, while sacrificing even more profits in a bid to revive the country’s fortunes.

Contrary to Beijing’s official narrative that the covid shock is in the rearview mirror, millions of bank clients have struggled to repay debt after months of lockdown and some sectors, such as those in the travel industry, and are battling to survive under the shadow of coronavirus. “As forbearance policies that help companies to recover expire in the first half of next year, the impact of non-performing loans will increase,” Chief Risk Officer Jin Yanmin of China Construction Bank Corp said during a news briefing. Meanwhile, Ji Zhihong, CCB vice president, predicted that net interest margins, a key profitability indicator, will narrow further leading to further profit erosion.

Industrial and Commercial Bank of China, the world’s largest commercial lender by assets, reported net income 148.8b yuan vs 167.9b yuan year earlier; the bank said it will face higher pressure on loan risk controls in the second half and will increase efforts on provisions to guard against “significant turbulence,” its vice president Liao Lin said.

Meanwhile, as Bloomberg notes, China’s $45 trillion banking system has been put on the front-line of helping alleviate the worst economic slump in 40 years, triggered by a large scale shutdown due to the virus outbreak. Authorities have required lenders to forgo 1.5 trillion yuan ($218 billion) in profit by providing cheap funding, deferring payments and increasing lending to small businesses struggling with the pandemic.

Unfortunately for China, as well as the US, the pain is hardly over and banks are expected to keep boosting provisions in the third quarter, Everbright Securities analyst Wang Yifeng said. The banks themselves also warned that the second half would continue to be challenging: “The global economy faces unfavorable conditions including significant contractions in global trade and investments, volatile financial markets, limitations on interactions between countries, disruption of globalization and heightened geopolitical tensions,” ICBC said in its report.

“Consumer behavior changes and reshuffle of industries accelerated by the pandemic will have an uncertain impact on the economy,” Moody’s Investor Service analyst Nicholas Zhu said.

Citigroup last month slashed 2020 to 2022 earnings forecasts for major Chinese banks by more than 10 percentage points and expects them to suffer a 13% drop in profit this year.

Speculation is also growing on whether Chinese banks will be able to maintain paying out about 30% of their profit in dividends. Another lender, Bank of Communications, on Friday reported a 15% decline in profit and said it was looking at its dividend policy ahead. “The dividend policy needs to be aligned with the external environment and conditions,” Bocom Vice President Guo Mang said on Friday. “It’s necessary for every bank to study their current policy — while trying to retain more capital we should also handle the relationship between bank growth and shareholder dividends.”

As a result, investors have fled from Chinese lenders and shares of the biggest banks are trading at a mere 0.45 times their forecast book value, a record low valuation, after underperforming the benchmark indexes in Hong Kong and on the mainland for most of the past five years.

The hope, according to CICC analysts, is that the first-half is likely to mark the start of the sector’s bottoming-out and they expect the industry to post profit growth again in 2021 as economic activity gradually recovers. In the second half and early 2021, big banks are expected to step up the sale of capital bonds to help counter deteriorating asset quality.

That won’t be enough, and Moody’s estimates that China’s biggest banks still have a estimated shortfall of $500 billion by 2025 to meet global capital requirements.