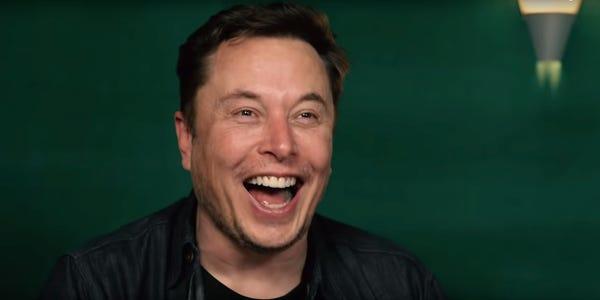 
Just two days ago we reported that according to at least one CIO, Tesla is the only stock that matters: “Tesla is the key to this market, all are in Elon’s world, I am ignoring everything else, rates, dollar, etc.. for now. They are truly minor in comparison until Tesla breaks.” More importantly, the CIO made an important observation: “My gut tells me Elon does a massive secondary into SPX add, like $30B. Tesla would come out with the world’s best auto-balance sheet, on par with Toyota.“

It took exactly 2 days for this prediction to come partially true because moments ago, Tesla disclosed in an 8K that it had entered into an equity distribution agreement – read an “At-the-market” offering – with banks including Goldman Sachs, BofA Securities, Barclays Capital, Citigroup Global Markets, Deutsche Bank, Morgan Stanley, Credit Suisse, SG Americas, Wells Fargo and BNP Paribas (pretty much every possible bank) to sell up to $5 billion in shares from time to time based on Tesla’s instructions.

Here are the details from the 8-K:

Upon delivery of a placement notice and subject to the terms and conditions of the Equity Distribution Agreement, the Sales Agents will use reasonable efforts consistent with their normal trading and sales practices, applicable state and federal laws, rules and regulations, and the rules of the Nasdaq Global Select Market to sell the Shares from time to time based upon Tesla’s instructions for the sales, including any price, time or size limits specified by Tesla. Under the Equity Distribution Agreement, the Sales Agents may sell the Shares by any method permitted by law, including in ordinary brokers’ transactions, in negotiated transactions, in block trades, and in transactions that are deemed to be an “at-the-market offering” as defined in Rule 415(a)(4) under the Securities Act of 1933, as amended (the “Securities Act”). The Sales Agents’ obligations to sell the Shares under the Equity Distribution Agreement are subject to satisfaction of certain conditions, including customary closing conditions.

As noted at the top, one of the recurring questions during Tesla’s tremendous meltup is why the company never announced an official follow-on or secondary offering, and now we know: because it couldn’t, and instead it has to resort to such gimmicks as ATM offerings. As a reminder, the last notable attempt to sell stock At The Market came from bankrtup Hertz, which hoped to sell up to $1 billion in stock in lieu of a DIP loan, to Robinhood investors, and was barred in the last moment by the bankruptcy judge.

But why an ATM? As the WSJ’s Charlie Grant explained in June, “at-the-market deals are often deployed by smaller public companies, like biotech firms that don’t generate product sales or profits. Lately, however, bigger names have taken advantage as well. In addition to Hertz, Red Robin Gourmet Burgers unveiled a $40 million offering on Tuesday. Shake Shack announced a $75 million deal back in April. So far in the U.S. this year, there have been more than 200 at-the-market financings for slightly more than $31 billion in expected proceeds, according to Dealogic data. That is on pace to break last year’s record volume of $56.7 billion.”

As Grant went on to note, there were several important advantages for issuers: “There is wide latitude to sell stock as desired, which allows companies to raise money at relatively favorable prices. Perhaps even more important, bankers can sell stock to the general public without having to organize a roadshow with institutional buyers.“

That means higher takeup by individual investors, and many of these offerings might well be of shares that institutions don’t want…. Should the euphoria of the current market ever subside, individual investors could find themselves holding shares in businesses that are poorly equipped to handle a downturn. Even, or perhaps especially, in frothy markets, investors should remember that it is always a good idea to know what you own.

In short, for those asking with TSLA picked an ATM, it was to avoid an institutional roadshow where buyers can perform diligence or simply ask questions.

What is remarkable is that despite the coming dilution and the company’s own admission that this is the top, the stock dipped as one would expect, but it is still trading some 4% above Monday’s close, and was last seen at $515 pre-market (the equivalent of $2,575 pre-split) after hitting a new all time high of $538.75 earlier in the session.