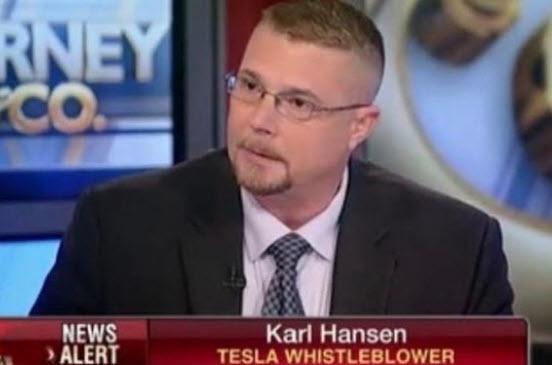 
In an explosive podcast interview with noted Tesla skeptics @TeslaCharts and @georgia_orwell_, former Tesla employee-turned-whistleblower Karl Hansen makes shocking allegations about what transpired at Tesla’s Nevada Gigafactory in the spring and summer of 2018. The interview was published earlier today on TC’s Chartcast as a two-part series.

In Part One, the hosts establish Hansen’s credentials and the scope of his employment at Tesla as a member of their in-house security and investigations team.  Hansen describes his investigations into widespread theft of copper and other raw materials from the Gigafactory, and how Tesla’s CEO, Elon Musk, focused on the need to keep the existence of this theft out of the media. Hansen then shares how a tip from the Drug Enforcement Agency caused him to develop evidence of a widespread drug cartel operation inside the Gigafactory. As Hansen continued to press his investigation, his access to internal Tesla systems became restricted.

In Part Two, Hansen alleges that a team of former Uber security experts, hired into Tesla by Musk and reporting to him directly, illegally hacked the personal devices of several employees, including the personal phone of Marty Tripp, another former Tesla employee-turned-whistleblower. Hansen then recounts his own experience as a whistleblower and how he was ultimately confronted by Musk directly after filing a complaint with the Securities and Exchange Commission.

At one point, Hansen collaborated with the Federal Bureau of Investigation for several months after leaving Tesla, only to discover that the investigation was killed despite significant evidence of probable cause. The interview ends with a discussion about the devastating impact this has had on Hansen’s life.