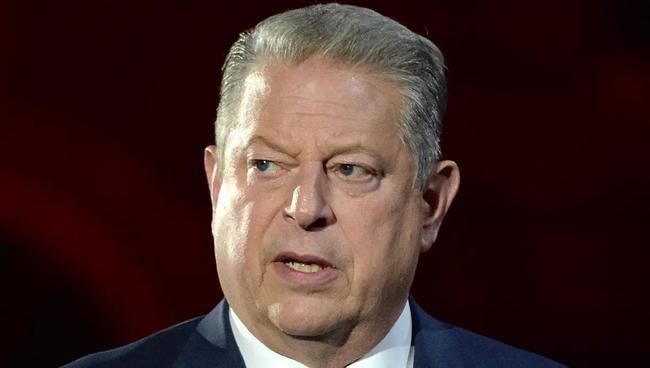 
Last week, former Vice President and failed presidential candidate Al Gore claimed that if President Trump were to declare the results of the 2020 election illegitimate, the military would physically remove him from office.

“I hear people saying, ‘Well, would he accept that decision?’ Well, it doesn’t matter because it’s not up to him. Because at noon on January 20th, if a new president is elected… the police force, the Secret Service, the military, all of the executive branch officers, will respond to the command and the direction of the new president,” gore told Reuters EIC Stephen J. Adler in an online interview (via the Daily Beast).

Not so fast Al…

According to the chairman of the Joint Chiefs of Staff, Gen. Mark Milley, the US armed forces will do no such thing.

“I believe deeply in the principle of an apolitical U.S. military,” Milley said in written responses on Friday to several questions posed by two Democratic members of the House Armed Services Committee, according to AP.

“In the event of a dispute over some aspect of the elections, by law U.S. courts and the U.S. Congress are required to resolve any disputes, not the U.S. military. I foresee no role for the U.S armed forces in this process.“

Milley’s tone reflects the longstanding views of military leaders who insist that the nation’s military stays out of politics and that troops are sworn to protect the country and uphold the Constitution.

But the two Congress members, Reps. Elissa Slotkin of Michigan and Mikie Sherrill of New Jersey, said Friday that Trump’s recent comments and his efforts to use the military to quell protests have fueled their concerns. The two lawmakers released Milley’s answers.

“These are just prudent questions to be asking given the things that the president has been saying publicly,” said Slotkin, pointing to Trump’s use of the military to clear protesters from Lafayette Square and his suggestions that he may put law enforcement at the polls to make sure voting is conducted professionally. Milley’s answers, she said, “demonstrated that the chairman recognized the military’s role in our elections is to essentially stay out; that the military’s role in the peaceful transition of power is to stay out.” –AP

Trump then suggested that the election could be postponed due to the coronavirus pandemic which has made it likely that it will take ‘days or weeks’ to tabulate mail-in ballots. The idea was quickly dismissed by congressional GOP, as Congress is the only body that can change the election date.

When asked if the military would refuse and order from the president if he was trying to score political points instead of for legitimate purposes, Milley said “I will not follow an unlawful order.”

Ripple, Litecoin And Runfy On The Verge Of Blowing Up

Boston Dynamics Pledges Not To Weaponize Its Robots – Slashdot

The Owl House NYCC panel eulogized a brilliant show cut short: ‘We did our best’