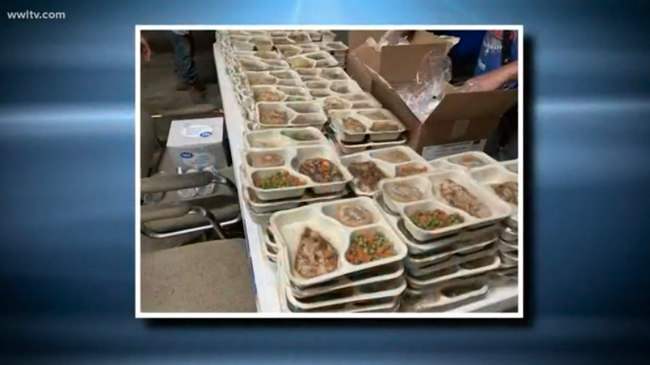 
Food banks were already under stress before Hurricane Laura devastated parts of southern Louisiana last week. Many of these charities, were providing meal assistance to hungry families affected by the virus-induced downturn in the economy. Now they must provide meals for people who have lost their homes because of the natural disaster.

“It’s literally one crisis on top of another,” Jay Vise, the director of communications and marketing of Second Harvest Food Bank, told 4WWL New Orleans, who referred to the increasing demand seen at his food bank.

“It’s impossible for us to help everybody and that’s what hurts the most, you meet someone that’s been blown out of their home and living in a tent and they’re so grateful and thankful for something that’s been donated to us to give them a meal,” Vise said.

Second Harvest has been preparing thousands of more meals than usual. The food bank’s kitchens, located in Lafayette and Harahan, have worked overtime to meet the surging demand, of not just feeding families in need because they’re broke in the economic downturn, but also the new wave of hungry folks who lost their homes because of the storm.

South Louisiana could take months to recovery as businesses and homes were torn apart after the Category 4 hurricane barreled through the Lake Charles region, producing winds in excess 130 mph.

The combination of depressionary unemployment and a natural disaster in the state could result in further food bank stress as they might have to choose between who gets fed and who doesn’t.