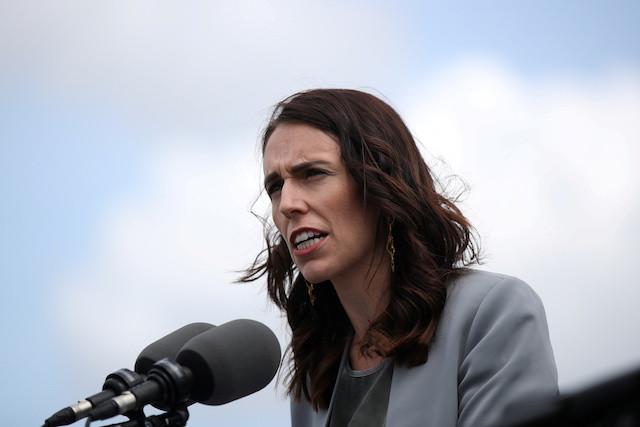 
During the same week Germany’s Merkel announced that across all but one German states a mandatory mask law will be backed by a 50 euro fine for any violators, New Zealand has announced its own nationwide mask mandate aboard all public transit amid a feared resurgence of COVID-19 cases, with a possible penalty for refusal of up to $1000 (NZD).

The small Pacific nation was previously celebrated as the first in the world to completely eradicate the virus after previously witnessing rapid community transmission.

By the early part of August the Wellington government announced “we had beaten it” as new cases stopped being reported, and following the strict lockdown measures of months prior which had also involved shutting down the border for the island-nation.

Clusters of dozens of new cases began recently popping up again, however, after which the government ordered some 500 troops to border quarantine facilities to prevent the infected from breaching isolation order. Many blamed foreign travel.

Reuters summarizes that the “The Pacific nation of 5 million people had seemed to stop community transmission of COVID-19 due to tough lockdown measures but reintroduced restrictions in its largest city, Auckland, this month following a fresh outbreak.”

“With restrictions to scale back on Sunday, Ardern said in a Facebook post she was taking matters into her own hands before masks become compulsory on public transport across the country the following day,” the report continues.

The new mask mandate if effect this week applies to all buses, taxis, trains, fairies and planes. New Zealand media confirms that “From Monday, not wearing a mask on public transport will be punishable by a fine of up to $1,000 imposed by the courts, or a $300 infringement notice.” In New Zealand Dollars (NZD) this works out to a little under $700.

But anyone caught by police not wearing one without a reasonable excuse could be instantly fined $300 or fined up to $1000 imposed through the courts.

However, authorities say they’ll opt for “light enforcement” initially, likely to include warnings before tickets are issued.

Thus far this is the steepest fine we’ve heard of as the controversial trend of monetary penalties for not wearing a mask in certain public venues increasingly becomes a trend across parts of the globe.