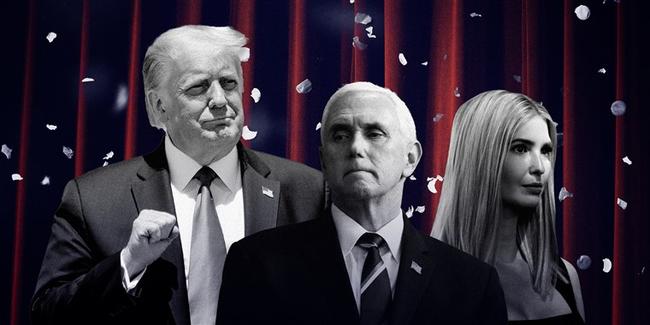 
From “darker tones” to “drug-driven” enthusiasm and daring to suggest “patriotism” is good, the last three nights of the Republic National Convention have led to this… the big kahuna with President Trump headlining a star-studded field, with the theme “Land of Greatness“:

The Vision for American Greatness

This has been a momentous week as we honored the great American story and formally re-nominated President Donald J. Trump and Vice President Michael R. Pence. We have heard from some of our nation’s greatest trailblazers, leaders and patriots; we have applauded American workers, families, law enforcement officers, veterans and heroes; we have showcased our conservative principles and policies; and we have celebrated the historic success President Trump has achieved for all Americans.

As they say, we have saved the best for last. Tonight, we will hear directly from America’s fiercest advocate, President Donald J. Trump.

He has a lot to be proud of, and I can’t wait to hear his inspiring vision for American greatness. In his first four years, he has done more for our country than any president before him. He achieved the biggest tax cuts in history, dismantled ISIS, renewed the faith of our allies, stood up for the American worker and against the threat of socialism at every turn, and has supported our veterans, troops and police officers unlike those before him.

While President Trump and the Republican Party continue to champion an America first vision, Joe Biden and the Democrats promise a return to the Obama-Biden Administration’s doctrine: leading from behind. Democrats want to chip away at the foundation of our great country and reverse the return to American values we have seen under President Trump’s leadership. The right choice in this election could not be clearer. President Trump has restored hope, rebuilt opportunity and returned American strength. He has reminded us of what makes America great — our people.

This week, that greatness has been at the forefront. We have witnessed patriots and plans; heard stories and dreams; and shared our hope for an even greater future together. We are one nation under God and one melting pot of greatness. Our enduring love of country is the thread that binds us all together. As Americans, we look to the future and join President Trump in championing the renewed American dream and our shared values of liberty and justice for all. As we embark on the road to November, we remember with renewed hope and optimism that this land of greatness unites us, and together we will continue to write the great American story for four more years.

The fall campaign season officially kicks off when President Donald Trump formally accepts the GOP nomination for a second term as president in a speech he will deliver from the White House West Lawn, and the polls and bookies’ odds are coming back Trump’s way…

A fireworks display is expected to light up the sky above the Washington Monument at the conclusion of Trump’s remarks.