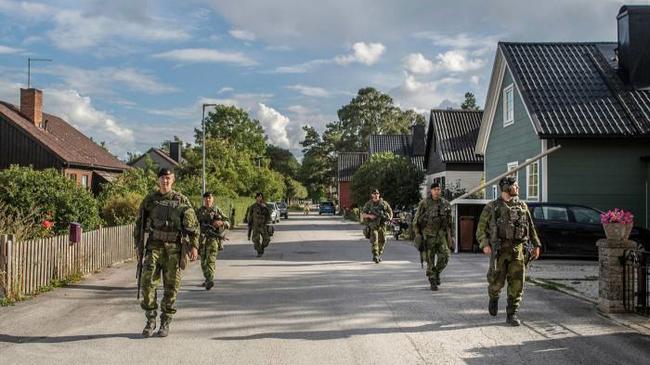 Sweden is rapidly militarizing Gotland, an island with value mostly in tourism, putting more ground troops on the island and warships in the area after Russian naval exercises in the Black Sea, which they interpreted as a regional threat.

Both NATO and Russia have been holding exercises on the island, and while there is no indication Gotland is in any way a target, it seems Sweden is taking this opportunity to bulk up its military presence along the coast.

“Holiday makers in Sweden heading out Tuesday to enjoy summer weather on Gotland, a scenic island in the Baltic Sea, were jolted when armored personnel carriers and other military vehicles boarded their tourist ferry, which was then escorted by Swedish fighter jets and a warship,” The New York Times described this week.

In addition to being a tourist destination, Gotland is also a strategically important site, often referred to as Sweden’s “fixed aircraft carrier.”

The Swedish military deployed four naval warships and an unspecified number of ground forces and warplanes in response to a major Russian naval exercise that has set off alarms regionally.

The only real connection is that Gotland is across the Baltic from Kaliningrad, a Russian exclave which has hosted some of the naval exercises.

While Russia wants to emphasize its naval readiness, that probably doesn’t mean ambitions in Scandinavia.

Sweden’s largest island, Gotland was briefly occupied by Russian forces in 1808 during the Finnish War. Sweden repelled the Russians less than a month later. The island has not been contested since.