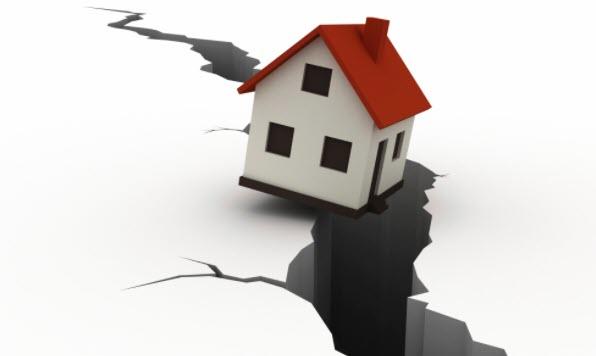 
Authored by Wolf Richter via WolfStreet.com,

On one side: land rush by a few hundred thousand home buyers.

On the other: millions of homeowners with delinquent mortgages.

The Federal Housing Administration (FHA) prides itself in insuring subprime mortgages with, as it says, “low down payments,” “low closing costs,” and “easy credit qualifying” – all true. Of its active portfolio of 8 million mortgages that it insures, 17% were delinquent in July, the highest rate in FHA history. In many metros, the delinquency rates of FHA mortgages are above 20%; and in two metros, the delinquency rates exceed 27%.

The delinquency rates include mortgages that were delinquent and then entered a forbearance agreement with the lender, where the lender agreed to not pursue its rights due to nonpayment of the mortgage. During the term of forbearance – six months, under the CARES Act, extendable by another six months – the borrower isn’t making payments, but the missed interest and principal payments are added to the mortgage balance and will need to be paid somehow.

A FICO credit score below 620 is considered “subprime.” The FHA insures mortgages of borrowers with credit scores well below that.

Many of the people whose mortgages the FHA insures have lost their jobs or had had their hours or work reduced.

In terms of the taxpayer, the good thing is that home prices have risen in many markets in recent years, and are rising there right now, and that many fallen-behind homeowners can sell their home and pay off the defaulted mortgage with the proceeds from the sale, and maybe have a little cash left over. And if the home goes into foreclosure because the proceeds wouldn’t have been enough to pay off the mortgage, the losses would be relatively small.

The widespread home price declines that occurred during the subprime crisis of Housing Bust have not happened yet. And that’s why at the moment no one is panicking about these sky-high delinquency rates.

But when millions of homeowners cannot make the mortgage payments and have to put these millions of homes on the market – forced sellers – they trigger a sudden surge of supply of homes for sale, and the entire supply-and-demand equation, and thereby the pricing environment, are going to change.

During the last Housing Bust, this phase happened, but it didn’t happen up front. Home prices started falling for other reasons, and then forced sellers and then their lenders tried to sell their homes, which put enormous downward pressure on prices.

This time around, the housing market has split in two:

On one side of the population, there is some sort of land rush going on at the moment, with people trying to buy everything in sight. On the other side are people who’re delinquent on their mortgages.

But the numbers are skewed: There are on average 460,000 people buying a home every month. But there are now millions of people behind on their mortgages, including 1.4 million whose mortgages are insured by the FHA.

American Enterprise Institute’s Housing Center, which collected the delinquency data from FHA Neighborhood Watch, sees the eventual impact of the FHA delinquencies in this way:

It is at that point we would expect buyer’s markets to develop in zip codes with heavy exposure to FHA and other high-risk lending combined with high levels of delinquency.

FHA mortgages are far from the only delinquent mortgages, and Fannie Mae, Freddie Mac, the VA, Ginnie Mae, and others are also experiencing surging delinquency rates – just not to this extent. So the FHA delinquencies are just a segment of the show.

Click here for a complete table of the 167 Metropolitan Statistical Areas (MSA) and their FHA loans, in order of the delinquency rate of those FHA loans (4th column). It also shows the number (not dollars) of active FHA mortgages in that MSA (3rd column) and the share of FHA mortgages in that market as a percent of total mortgages (by number of mortgages, not dollars). In some markets, FHA mortgages have a share of over 20%, and in other markets a share in the low single digits. The problems will be larger where the FHA share is higher.

Find the full table here – You can use your browser’s search box to find your MSA.