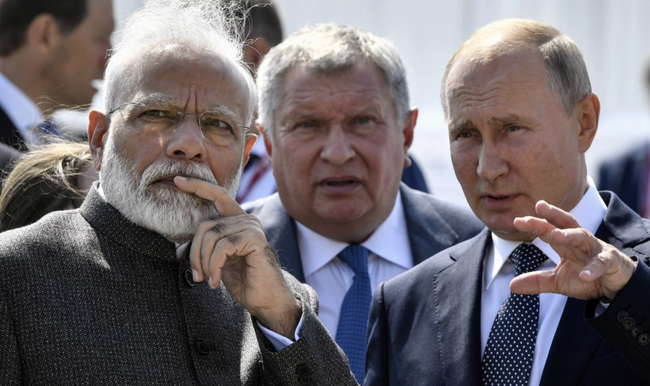 As we reported last night, the US surpassed 180,000 coronavirus-related deaths last night, by far the largest death toll in the world. Only one other country – Brazil – has a death toll in the six-figure territory. But on Friday morning, Russia’s coronavirus cases surpassed 980,000 after the country reported 4,829 new cases over the past day, cementing its status as the fourth-largest outbreak in the world.

Russia’s coronavirus taskforce added 110 deaths to the official death toll, bringing its total to 16,914, a total that some experts claim has been deliberately suppressed by the government.

Circling back to the US, the country has added 931 new coronavirus deaths in the past 24 hours, bringing the country’s total death toll to 180,527, along with an additional 42,859 new confirmed cases, bringing its overall caseload to 5,860,397.

In Japan, the big news overnight was that PM Shinzo Abe announced his plans to resign as soon as his party, the Liberal Democrats, elects a new leader. Abe leaves Japan with a parting gift: an initiative to stockpile vaccine doses ahead of next summer’s Olympics. Japan is aiming to secure COVID-19 vaccinations for all citizens by the first half of 2021, said Prime Minister Shinzo Abe, who announced the measures to beef up Japan’s vaccine stockpiles ahead of the upcoming flu season, even as he heads for the exits.

In other vaccine, Moderna shared some more procedural news about its clinical trials, while the European Commission said it had signed a contract with British drugmaker AstraZeneca, which is working with Oxford on a vaccine candidate, for the supply of at least 300 million doses of its as-yet-unproven vaccine. It is the first contract signed by the EU with a vaccine maker, and follows the US, UK and Japan in the race to secure supplies of a vaccine.

India reported yet another single-day record jump of 77,266 cases, pushing the country’s total to 3.39 million with the death toll rising to 61,529, up 1,057 since Thursday morning. With the COVID situation still pretty dire, Indian Health Secretary Rajesh Bhushan affirmed Friday that the country is considering manufacturing and testing Russia’s Gameleya Institute-developed vaccine, known as “Sputnik 5”.

“As far as Sputnik V vaccine is concerned, both the countries are in communication,” Indian Health Secretary Rajesh Bhushan told reporters this week when asked whether New Delhi had been formally approached by Moscow over manufacturing the vaccine.

“Some initial information has been shared [with India, and] some detailed information is awaited,” he said, without providing further details, according to Nikkei.

India has plenty of capacity for manufacturing generic drugs and vaccines, plus a massive population upon which to test the vaccine, which is probably why Russia is seek such a partnership.

Globally, cases continued to slow with just under a quarter million reported yesterday.

South Korea extended the current Phase 2 social distancing measures in the Seoul area for at least another week, though the government stopped short of a threatened return to “Phase 3”. South Korea confirmed 371 cases on Friday, down from 441 a day ago, bringing the country’s total to 19,077 with 316 deaths.

China reported nine new cases on Friday, all of them imported, compared with eight a day earlier. It marked the 12th straight day with no domestic transmission.

President Donald Trump promised to “crush” the coronavirus pandemic with a vaccine by the end of the year during his speech accepting the Republican nomination last night.

“We are marshalling America’s scientific genius to produce a vaccine in record time,” Trump said. “We will have a safe and effective vaccine this year and together we will crush the virus.”

Indonesia’s daily new cases notched a new record high for a second consecutive day at 3,003 on Friday. Another 105 new deaths were slso recorded. Indonesia has clocked 165,887 cases and 7,169 deaths, while Jakarta cases have also set a new daily record at 869.

As Germany’s new daily COVID-19 numbers continue to climb, Chancellor Angela Merkel told Bloomberg that the coronavirus crisis represents a serious challenge to Germany’s financial health, largely because the virus could be with us for “a long time.”

Which is why it’s so important for Europeans to work together and to use the emergency financing mechanisms that have been set up.

“That is why a large part of the money will certainly go toward what we have already set out to do in the economic stimulus program and what has not yet been fully financed,” she said. During what was one of her final summer press briefings, Merkel warned Germans to buckle up, because cases will likely continue to climb in the coming months as more schools and businesses reopen, since returning to a lockdown isn’t an option, life probably won’t return to normal until a vaccine is in use, Merkel said.

Even though Germany isn’t expected to fully repay debt incurred by these relief measures until 2058, such stimulus measures are essential as the economy could not be allowed to grind to a halt in the meantime, she said.

“This is a serious matter, as serious as it’s ever been, and you need to carry on taking it seriously,” she told a news conference. And even once this is all over, “not everything will be like it was before,” Merkel added.