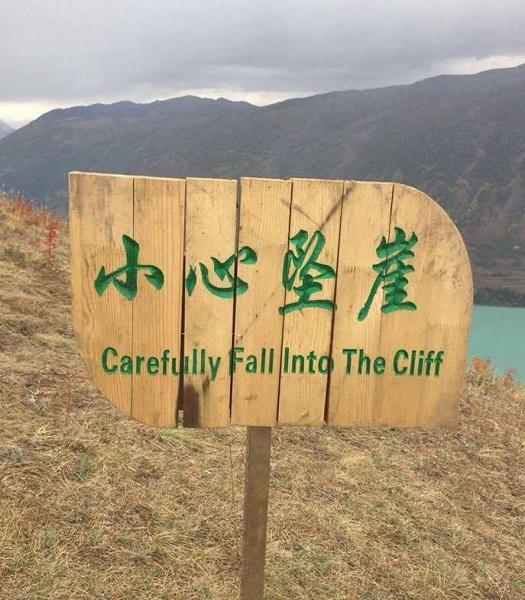 The problem is the economy that’s left has no means of creating tens of millions of jobs to replace those lost as the 1959 economic model collapses.

Fundamentally, the economy of 2019 was not very different from the economy of 1959: people went shopping at retail stores, were educated at sprawling college campuses, went to work downtown, drove to the doctor’s office or hospital, caught a flight at the airport, and so on.

The daily routine of the vast majority of the workforce was no different from 1959. In 2019, the commutes were longer, white-collar workers stared at screens rather than typewriters, factory workers tended robots and so on, but the fundamentals of everyday life and the nature of work were pretty much the same.

Beneath the surface, the fundamental change in the economy was financialization, the commodification of everything into a financial asset or income stream that could then be leveraged, bundled and sold globally at an immense profit by Wall Street financiers.

This layer of speculative asset-income mining had no relation to the actual work being done; it existed in its own derealized realm.

For decades, these two realms—the structure of everyday life (to borrow Braudel’s apt term) and the abstract, derealized but oh so profitable realm of financialization–co-existed in an uneasy state of loosely bound systems.

If you squinted hard enough and repeated the mantras often enough, you could persuade yourself there was still some connection between the everyday-life economy and the realm of financialization.

The two realms have now disconnected, and the real-world economy has been ripped from its moorings, as patterns of work and every-day life that stretch back 70 years to the emergence of the postwar era unravel and dissolve.

The trends that are currently fatally disrupting retail, education, office work and healthcare have been in place for years. When I wrote my 2013 book about the digitized future of higher education in a low-cost union of high-touch and low-touch learning, The Nearly Free University, all these trends were already clearly visible to those willing to look beyond the models embedded in the economy for decades or even centuries.

Visionaries like Peter Drucker foresaw the complete disruption of the education and healthcare sectors as far back as 1994. Post-Capitalist Society.

The problem with this disruption is it eliminates tens of millions of jobs–not just the low-paying jobs in retail and dining-out, but high-paying jobs in university administration, healthcare, and other core service sectors.

The last real-world connection between everyday life and financialization was the over-supply of everything that could be financialized: the way to reap the big profits was expand whatever could be leveraged and sold. So retail and commercial space ballooned, colleges proliferated, cafes sprang up on every corner, etc.

Meanwhile, financialization’s unquenchable thirst for higher profits stripped everything of the redundancy and buffers required to stabilize the system in times of crisis. So hospitals no longer kept inventory because by the logic of financialization, all that mattered was maximizing the return on capital–nothing else could possibly matter in the derealized realm of speculative profiteering.

Now healthcare finds itself trapped between the pincers of financialization’s stripmining and the collapse of retail in-person demand–the financial foundation of the entire system. Under the relentless pressure of financialization’s stripmining and profteering, healthcare only survives if it can bill somebody somewhere a staggering amount for everything from office visits to procedures to hospital stays to medications.

Once that avalanche of billing dries up, the entire sector implodes: a sector that accounts for almost 20% of the U.S. economy.

Higher education is also imploding, and for the same reason: its output no longer justified its enormous cost structure. The same can be said of overbuilt retail and commercial space: the financial justification for sky-high rents have imploded and will never come back. The over-supply is so monumental and the collapse of demand so permanent, the gigantic pyramid of debt and speculative excess piled on all these excesses is collapsing.

A bailout by the Federal Reserve won’t change the fundamentals of the collapse of financialization; all the Fed can do is reserve scarce lifeboat seats for its billionaire banker-financier pals. (Warren, you know Bill, have you met Jamie, Jeff, Tim and the rest of the Zillionaire Rat-Pack?)

Foundational swaths of the real-world economy have been swept away, and so the collateral is largely worthless. Lots of people want their employer to start paying for business-class airline seats again so they can jet around the country on somebody else’s dime, staying in pricey hotels and attending conferences, but these activities no longer have any financial justification.

The economy of 1959 is finally expiring. The enormous time and money sinks of transporting humans hither and yon no longer have any financial justification.

The problem is the economy that’s left has no means of creating tens of millions of jobs to replace those lost as the 1959 economic model collapses. We all know that automation is replacing human labor, but the real change is the collapse of the financial justification for the enormously costly systems we now depend on to generate jobs: healthcare, retail, tourism, dining out, education, working downtown, and all the professions dependent on managing all this complexity.

While the elimination of low-skill jobs–a longstanding trend–is attracting attention, the implosion of the 1959 economic model and financialization will soon sweep away millions of high-paying professional jobs that no longer have any financial justification.

As the 1959 economy implodes, so does the tax system based on payroll taxes and property taxes. This article sketches out the perverse incentives for employers to invest in automation rather than hire workers: Covid-19 Is Dividing the American Worker (WSJ.com)

There are alternatives, but they require accepting the implosion of both the 1959 economic model and its evil offspring, financialization.