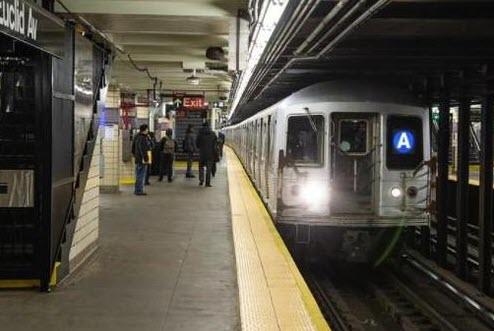 
New York’s MTA is losing an astonishing $200 million per week as a result of the drop in ridership associated with the coronavirus pandemic. As a result, the organization is doing what all underprepared organizations are doing when forced upon hard times: begging the government for more help.

The MTA is currently in “survival mode” according to a new report by Bloomberg that highlights that the agency is seeking $12 billion worth of federal funds to help cover its budget deficits through 2021.

Pat Foye, the MTA’s chief executive officer, said earlier this week: “Our sole focus now is on survival, how to reduce costs, maintain service and minimize reductions in force while protecting the capital program.”

The organization’s Board has convened an emergency meeting in August to discuss its finances. It faces a $16 billion deficit through 2024 and has told the government that, without help, it will need to boost fares, freeze wages, reduce service and stop major capital projects – you know, all the things a business should do when its customers start to wane.

But apparently these types of business adjustments are no longer acceptable, as the organization believes it should be able to press on as normal, including with its expansion of the Second Avenue subway and its direct access projects from Penn Station to Connecticut, despite not having any customers.

The MTA already secured $451 million last week from a new $500 billion lending program put in place by the Federal Reserve. At 1.92%, the rate was lower than what Wall Street offered the MTA, equating to about $12 million savings over the course of the 3 year loan.

And while this cash helps the MTA in the short term, its long-term outlook is still questionable. Bob Foran, the MTA’s chief financial officer, said: “We don’t have unlimited reserves. We cannot continue to spend money unless we have assurance that we’re going to receive this federal support. So that’s why we’re asking for the $12 billion for this year and for next year so that we don’t run off a cliff beginning in January.”