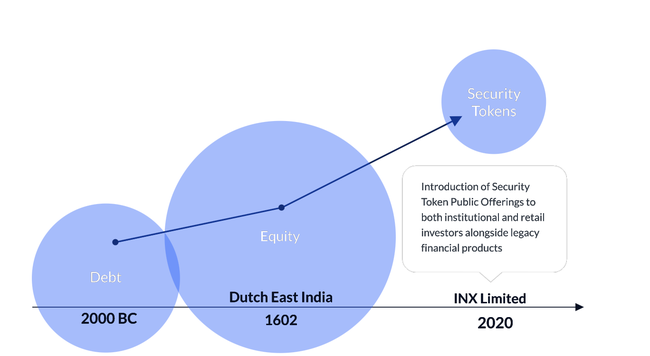 
INX Trading Solutions, a new crypto exchange that’s hoping to displace its competition via close relationships with regulators and more ‘robust’ technology offerings (“we built our own technology; we don’t license it,” the company boasted in a release), has just launched one of the first SEC-approved “security token” offerings in the US.

The company has attracted the attention of the financial press thanks to a hilarious “chart” that we suspect was intended as a light-hearted joke.

But that didn’t stop Bloomberg editor Joe Weisenthal from apparently reached out for comment about the meaning of the “y axis” in the chart above, and the company brushed him off with a “whatever you want it to be.”

When asked by @TheStalwart what the y axis is for this graph from their marketing materials, they said ‘whatever you want it to be’ https://t.co/RUhjChLziy pic.twitter.com/LcISKkhMDZ

Some crypto afficionados, however, believe the project – which is coming to market just as bitcoin and top alt-coin prices have been moving higher – has some built-in advantages that differentiate INX from the ill-fated, scam-level ICOs of yesteryear.

INX has built its own exchange platform, and forged a working relationship with the SEC that could give it an advantage, since American regulators hold the keys to the crypto-asset kingdom, so to speak.

Traditionally, exchanges have been among “the most profitable businesses in the crypto ecosystem”.

Don’t conflate permissionless altcoins that try to compete with bitcoin to this, a regulated security token for a specific company.

This is a very different beast; I find it interesting because historically the most profitable businesses in the crypto ecosystem are exchanges.

The company is offering up to 130 million INX Security Tokens in the offering on Tuesday.

Read the press release below:

INX Limited today announced that the Securities and Exchange Commission (SEC) has declared as effective its registration statement on Form F-1 filed in connection with the initial public offering (the “Offering”) of up to 130 million INX Security Tokens (the “INX Tokens” or “Tokens”).  INX has set the offering price at $0.90 per Token with a minimum investment of $1,000.  It is anticipated that the Offering will begin on August 25, 2020 at 10am Eastern Daylight Time at https://token.inx.co/

INX intends to use a portion of the net proceeds raised from the sale of INX Tokens in the Offering for the continued development and operation of INX Trading Solutions, a regulated solution for the trading of blockchain assets, including cryptocurrencies, security tokens, and their derivatives, and for the establishment of a cash reserve fund.