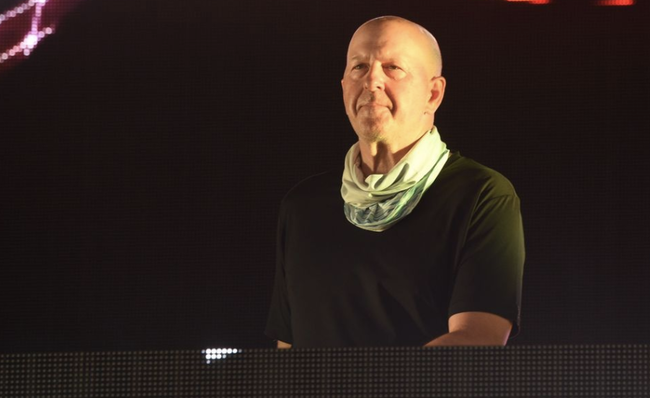 
All that trouble for $125,000? That’s what a Goldman Sachs analyst might deem a “suboptimal” outcome, considering the public hiding GS CEO David Solomon endured a couple of months ago, when Gov Cuomo opened an investigation into a charity concert in the Hamptons that went viral over images of attendees violating social distancing norms.

Despite the fact that the crowd was in the open air, voluntarily, and no different effectively from the ‘peaceful’ protests that have thronged the US since the death of George Floyd, Cuomo banked precious political capital by bashing Solomon and all the other bold-faced names associated with the event, which also had the misfortune of taking place in the Hamptons, where NYC’s elite fled to wait out COVID-19.

Now, it looks like Solomon & Co. are in for another round of outrage and scrutiny, as Bloomberg just reported that the concert only netted $152,000 for charity, a pittance considering the $25,000 donations made by some attendees, including Solomon himself. BBG put it best when it described the figure as “un-Hamptonesque”.

Safe & Sound, as the July event was called, has gone down as the most tone-deaf musical moment of the Hamptons’ Summer of Covid.

But the night’s real surprise turns out to be the sums that were raised for charity.

To some, $152,000 is very un-Hamptons-esque. This, after all, is where a beachfront estate originally built for the Ford family was recently listed for $145 million.

“I never would have gone if I knew how little it would be,” said Daniel Tannebaum, one of the Manhattan residents who’s been spending more time at the beach since lockdown, working remotely for a management-consulting firm.

Others tried to spin it in a positive light.

Others find $152,000 a fair amount considering the expenses of putting on such an event, and the scrutiny that has created legal and crisis-management issues as well as potential government fines.

“I feel a little sense of relief,” said Southampton Town Supervisor Jay Schneiderman, who was born in Montauk and has lived on the East End full-time for more than 30 years. “I had the fear it would be zero.

But the fact remains: the physical event brought in less money than several virtual events that – as Bloomberg’s reporters dutifully pointed out – occurred the same night on social media.

The same night as the concert, a fundraiser for All Star Code honoring Robert Smith — held virtually rather than at an oceanfront house in East Hampton — raised $700,000, while Stony Brook Southampton Hospital’s gala, with about 35 micro parties at people’s homes, brought in $750,000 the following week.

One reason for the shortfall after ticket sales brought in nearly 3/4ths of $1 million is that the event wasn’t organized by a non-profit, though the organization behind it specified that “all profits” would go to charity.

By now, we all know the story behind the event, but just in case you haven’t read it yet…

Granted, the Safe & Sound “Drive-in Fundraiser Experience” was not a benefit organized by a non-profit. It was put on after months of lockdown by for-profit companies to present live music, modified for Covid, in the style of a music festival (complete with Red Bull, tequila and CBD oil). In a summer with few such happenings, it was an opportunity for people to have fun and raise some money for good causes.

Attendees at the Water Mill event were supposed to stay near their cars in socially-distanced splendor while the EDM duo the Chainsmokers performed after warm-up acts by Solomon (the Goldman chief executive officer moonlights as a DJ) and Schneiderman and his band.

Publicity materials specified that “all profits” would go to three charities: Southampton Fresh Air Home, which runs a camp on the East End for disabled New York City kids; Children’s Medical Fund of New York, which supports a Long Island hospital; and No Kid Hungry, a group that works nationally to get meals to low-income children.

Here’s a breakdown of the money, according to Bloomberg.

When Bloomberg requested the information afterward, a spokesman provided the $152,000 figure, adding that an additional $90,000 of personal protective equipment also was distributed and about $575,000 was spent locally to put on the event.

“Our hope was to have a safe and enjoyable event during a difficult time and to raise some money for local charities, create jobs for the entertainment and events industries, and help local businesses,” said spokesman Joe DePlasco of Dan Klores Communications, who represents event producers In the Know Experiences and Invisible Noise. He added that neither took fees.

Southampton Fresh Air Home got $20,000, according to Executive Director Thomas Naro, while representatives of No Kid Hungry and Children’s Medical Fund declined to disclose the amounts received. No Kid Hungry said its contribution included Solomon’s performance fee, and the Children’s Medical Fund said its amount included that of the Chainsmokers.

At the end of the day, these details don’t really matter: at the end of the day, what’s the bigger transgression? Violating vague social distancing guidelines? Or rich people daring to flaunt the fact that they didn’t spend the whole summer cooped up in their closet-sized one-bedroom, angrily tweeting about every “New York is Dead” essay like a broke, irrelevant, wannabe Seinfeld.