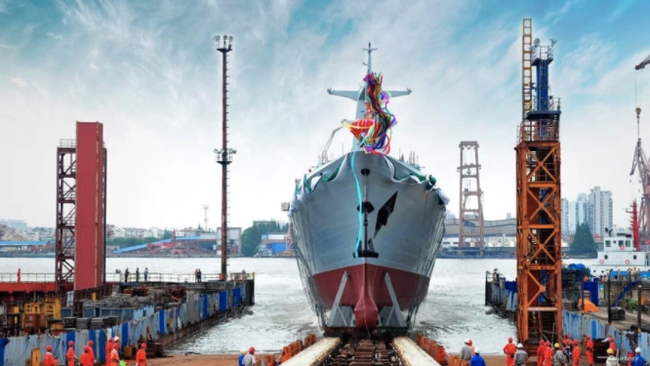 
When the Trump administration withheld billions of dollars in security aid to Pakistan in 2018, the logic then was that the Pakistani military would be forced to form greater ties with the US and surrounding allies to reclaim lost aid.

Fast forward today, the new reality, Pakistan abandoned the West and its allies for China.

Pakistan quickly bolstered ties with China via billions of dollars in Belt and Road projects over the last two years. China has also provided the Pakistani military with aircraft, weaponry, and other advanced hardware. The cooperation between both countries has taken another giant leap as China just delivered the first of four “most advanced” warships to the Pakistani Navy, a move that will clearly upset India and the US.

Top Pakistani officials were in attendance at the ship launch.

The statement said the vessel (first of four) has advanced electronics, including surface and subsurface weaponry, anti-air weapons, and high-tech sensors.

“These ships will significantly contribute in maintaining peace and security in our area of responsibility,” it added.

VOA estimates each of the vessels come at the cost of around $350 million. The other three vessels are expected to be delivered to the Pakistani Navy sometime in 2021.

Much of the new firepower has been a modernization effort by Pakistan to overhaul its armed forces as tensions with India over the last couple of years have increased along the Line of Control in Jammu & Kashmir.

So while China arms Pakistan, the same is happening with the US arming India. What could possibly go wrong?