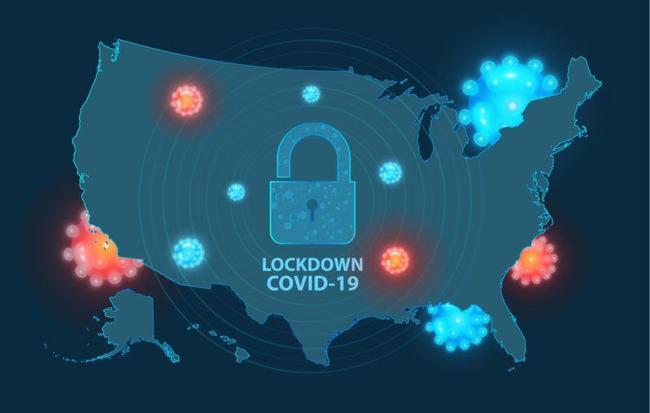 
As Sweden continues to enjoy a falling COVID-19 infection rate, leading health experts have suggested the country’s decision not to lock down or require masks has resulted in herd immunity, according to MarketWatch.

“Strict rules do not work as people seem to break them,” said Arne Elofsson, a professor of biometrics at Stockholm University, adding “Sweden is doing fine.”

Anders Tegnell, an epidemiologist involved in managing Sweden’s pandemic, thinks masks give a false sense of security: “The belief that masks can solve our problem is very dangerous.”

Prime Minister Stefan Löfven thinks voluntary social-distancing rules and not closing schools but banning gatherings of more than 50 people has been the right approach.

“Now there are quite a few people who think we were right,” he told a newspaper. “The strategy that we adopted, I believe is right — to protect individuals, limit the spread of the infection.” –MarketWatch

And while the New York Times (in July) and MarketWatch (in June) said that Sweden’s economy is doing ‘just as bad’ as countries which imposed lockdowns, the BBC pointed out earlier this month that Sweden’s economy ‘only’ contracted 8.6% in the April-June period vs. the previous three months, while the European Union saw a contraction of 11.9% over the same period based on newer economic data.

Meanwhile, lockdowns and the ensuing economic fallout have had a significant impact on mental health.

As Sweden’s model for dealing with COVID-19 appears to have survived its trial by fire, other countries are now rethinking blanket lockdowns as they weigh the economic impacts against health risks, according to the Wall Street Journal. Some of their thinking agrees with Sweden’s, while several points of disagreement exist. The Journal also notes that “Sweden’s current infection and death rates are as low as the rest of Europe’s, suggesting to some experts the country may be close to herd immunity.“

In a nutshell, via The Journal:

Decide on a plan and stick with it

According to Nobel laureate economist Paul Romer, the US couldn’t decide on whether we were “going for mitigation or suppression,” who added that mitigation efforts to achieve herd immunity means accepting hundreds of thousands of additional deaths, and that a total lockdown strategy “doesn’t make sense unless you’re going to stick with it as long as it takes.”

New Zealand – an island nation which conducted draconian lockdowns for two months, were able to claim that their strict measures worked until an outbreak earlier this month resulted in another round of widespread restrictions.

“We’re harming the economy, waffling back and forth between what is right, what is wrong with a slow drift of companies closing their doors for good,” said Harvard epidemiologist, Dr. Michael Mina, who said that because the US couldn’t decide on a path forward, the result was a “complete disaster.”

Masks are good, based on results

Despite conflicting information from the World Health Organization and CDC on masks, countries and cities which quickly donned face masks did better than those who did not, such as the city of Jena, Germany vs. similar cities which did not require them, according to a study for the IZA Institute of Labor Economics, which concluded that masks resulted in a 40-60% reduction in infections.

Meanwhile Goldman Sachs estimates that a universal mask mandate vs. further lockdowns could salvage 5% of GDP.

According to Paul Romer, the economist, ramping up testing could enable a safe reopening before a vaccine is developed, and could restore $1,000 in economic activity for every $10 spent on tests.

Harvard’s Dr. Mina suggested that rapid, though less accurate paper-strip tests that can detect the virus within minutes could be used every other day to help suppress the disease.

Dr. Mina and his team have designed a method of reopening based on frequency of contacts and vulnerability to COVID-19 based on five demographic groups and 66 economic sectors. Businesses would reopen and adhere to guidelines on social distancing, working from home, and hygiene. Schools would reopen, masks are required, and large gatherings such as religious services, indoor sports and bars would stay closed.

According to McKinsey & Co., if schools don’t reopen until next January, the lost year of education will set back low-income children with a 4% reduction in lifetime earnings.

Mina also notes that “super-spreader” events – particularly in dense, indoor gatherings with singing, shouting and talking (think: sporting events, nightclubs, bars, and church services), contribute disproportionately to infections – with bars and restaurants accounting for 16% of COVID-19 clusters in Japan (defined by five or more cases). Workplace clusters contribute to 11% of infections, while bars, restaurants and casinos were traced to 32% of infections.

“We’re on the cusp of an economic catastrophe,” according to Harvard economist James Stock, who is working with Dr. Mina on models which would avoid a surge in deaths without engaging in an economically devastating lockdown. “We can avoid the worst of that catastrophe by being disciplined.”

“Emphasize the reopening of the highest economic benefit, lowest risk endeavors,” he continued, adding “Economic shutdowns are a blunt and very costly tool.”