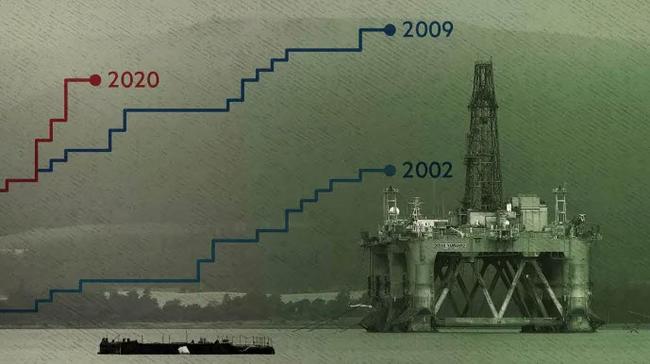 
The disconnect between the all time highs in the stock market and the broader economy has never been greater (with even Janet Yellen, one of the main architects of this disconnect, agreeing), and one of the places where this chasm is most glaring, is in the staggering number of major corporations filing for bankruptcy in 2020. Indeed, this year large US corporate bankruptcy filings are running at a record pace and are set to surpass levels reached during the financial crisis in 2009 (when the S&P was far from an all time high).

According to FT calculations, as of August 17, a record 45 companies each with more than $1 billion in assets has filed for Chapter 11 this year; this compares with 38 for the same period of 2009 during the depths of the financial crisis and is more than double last year’s figure of 18 over the comparable period.

In total, 157 companies with liabilities over $50 million have filed for Chapter 11 bankruptcy this year and as we warned several months ago, many more are coming.

“We are in the first innings of this bankruptcy cycle. It will spread far across industries as we get deeper into the crisis. It’s going to be a bumpy ride,” said Ben Schlafman, chief operating officer at New Generation Research.

The spike in bankruptcies comes despite trillions of dollars in government aid to mitigate the fallout of the coronavirus pandemic on businesses, highlighting the catastrophic and lasting impact Covid-19 is having on the US economy. Or perhaps those trillions in government aid are going to the wrong recipients, and as a result companies that stand to benefit from mass defaults are now sporting record market caps. In fact, the irony is that in its pursuit to crush monopolies such as Amazon and Google, the government has made them bigger and stronger than they have ever been.

Meanwhile, with the US economy driving right over the fiscal cliff as Congress failed to extend emergency covid benefits, sending spending by those receiving Unemployment Insurance sharply lower…

… and millions of Americans about to lose their job (again), a new default wave is just waiting to be unleashed.

“Ending the $600 per week federal unemployment benefits will push tens of millions of Americans into, or uncomfortably close to, poverty. They won’t have the money to buy billions of dollars worth of goods and services. As a result, the entire economy will suffer. Small businesses will continue to suffer the most because they’re already precarious,” said Robert Reich, Bill Clinton’s labor secretary.

For now, the brunt of the default wave has been felt by oil and gas companies as low (and on one historic occasion, negative) crude prices crippled dozens of businesses. There have been 33 filings to date according to the Oil Patch Bankruptcy Monitor from Haynes and Boone, including Chesapeake, Whiting Petroleum and Diamond Offshore Drilling. There were only 14 last year.

While not quite as bad as the E&P sector, retail businesses with assets of more than $50MM have also been severely affected with 24 filing for bankruptcy, a three-fold jump from last year. They have been among the hardest hit by the government-mandated lockdowns, which prevented stores from opening and drove consumers to online retailers such as Amazon. Burdened by debts, some of which were built up under private equity ownership, several prominent retailers have been forced to file for Chapter 11.

Some of the most iconic names that have filed this year include Neiman Marcus, which struggled for years with a heavy debt burden from its 2005 leveraged buyout by TPG and Warburg Pincus, and which finally filed for bankruptcy in May with liabilities of $6.7bn. JCPenney, also saddled with billions in debt, filed for Chapter 11 bankruptcy in May. Brooks Brothers, the venerable suit retailer that once counted Abraham Lincoln and John F Kennedy among its clients, did the same in July.

“The Covid-19 pandemic is reshaping consumer buying habits. Therefore, we will continue to see large retail, energy, and transportation businesses taking advantage of the tools provided by a formal bankruptcy to restructure to be more profitable and competitive in the long term,” said Deirdre O’Connor, managing director of corporate restructuring at legal services group Epiq.

And while several businesses tried to reopen in late May and June (and some amusingly tried to unfile for bankruptcy just so they were eligible for bailout loans), a recent flare-up in coronavirus cases and deaths in several US states choked the recovery, forcing many business owners to close again.

“It pains me to say this, but bankruptcy is a growth industry in America,” New Generation’s Schlafman dismally concluded.